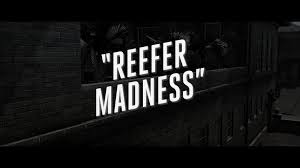 Before I take you on a short journey a few caveats should be noted. I do not hold a PhD, I do call myself a scientist nor am I a statistician. However, I am very much a researcher both in my curiosity to explore and discover relationships in science.   When possible, I share in some way with others (educate & inform). That said, the key purpose of this article is to underscore the need for everyone to look beyond the media and do not assume findings are a fact because a leading news company shares the story.

Details in science mean everything. Let me be clear, this is not about the scientists and journal as it appears they have precisely articulated their findings for what appear to be accurate. However, this information is not conveyed as they have reported. Let’s begin…

On October 22, 2015, CNN shared a recent publication by the American Journal of Medicine in JAMA Psychiatry journal with the headlines on CNN and others similarly reporting:

Before moving on to this topic in more detail, let’s first take a look at this very simple unassuming title of the story.

What is most meaningful and the reason for this short commentary is the last part of the title ‘doubles in 10 years’. Keep this in mind as I present additional information for you to decide and interpret this headline.   [quote]The use of ‘marijuana’ immediately takes the discussion into a direction not that of a scientific perspective but one that is associated with controversy and misperception…[/quote]

Now, on to the publication in more detail. I’m not going to get into the statistics and specific findings because that is not my purpose here. As mentioned this is intended to be an exercise in exploration.

In the recent JAMA Psychiatry publication, two very simple points will illustrate the importance of digging beyond the surface.

[infobox]Regardless of the findings, let’s compare this to the title.
Does this intent of the paper in any way reflect the title of the CNN story?[/infobox]

Again, my purpose is not to dig into the details of the paper, because their findings and conclusions are not what are in question here.

“The National Institute on Alcohol Abuse and Alcoholism…” (pg 2)

Underscoring the value of independent scientific inquiry into cannabis. Again, it is not the intent to question the scientists or the integrity of the journal, but what is reasonable to question is to what extent the community of readers can believe the results are in fact independent of the perspectives of the funding agency.

Full report, of which a key chart for this article is found on page 124 of the PDF (page 110 of the actual document:)

[quote]Further, lifetime prevalence of cannabis showed a statistically significant DECLINE in 10 years.[/quote]In conclusion, the NSDUH is a 184 page document and the paper published by JAMA Psychiatry is more detailed than can be fully covered here. But, it is very important and a responsibility of all scientists, medical providers, and those in the cannabis industry that are committed to patient health to look beyond the highlights and headlines. The scientific and medical investigation of cannabis requires serious and honest dialogue to understand the best practices and how research findings can translate to improved patient outcomes and quality of life.

Mr. Keeton’s professional career spans nearly a decade of clinical research expertise. In parallel, he is known for his relentless pursuits as a passionate entrepreneur and aspiring social innovator. Utilizing his graduate education in clinical research, Mr. Keeton has enjoyed an exciting career in various roles in the clinical research process and with nationally recognized companies and institutions. From trial management to statistics, he has both ground-level perspectives as well as a global understanding of the medical research world.

In 2014, Milestones Research was launched to address the present and historical roadblocks in conducting clinical research in the United States and around the world. As the Founder & CEO, he is committed to delivering the highest quality data, while maintaining unquestionable ethics, through scientifically informed research to positively impact lives. From this foundation, Milestones Research aims to be the leader as an independent and unbiased provider of clinical research dedicated to the investigation of cannabidiol (CBD) and other cannabis derivatives.