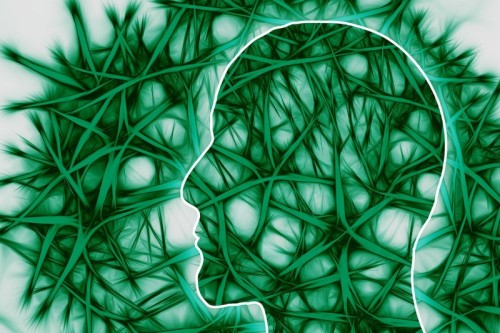 Do Cannabinoid-Mimicking Compounds Affect the Endocannabinoid System as Well as Cannabis?

When reading up on cannabinoids, you may have come across some resources insinuating that some non-cannabis compounds work as well as the cannabinoids they emulate. Not so fast, friend! Today we’re going to dive into the compounds that mimic cannabinoids to see if and how they comparatively affect the endocannabinoid system, or ECS.

Why do these plant polyphenols affect the endocannabinoid system?

Do any of these rockstar compounds sound familiar?

It just so happens that in addition to having notable health benefits such as anti-inflammatory, antioxidant, cardioprotective, and neuroprotective properties, the above plant polyphenols are all thought to affect the ECS. But do they?

Indeed, researchers have demonstrated that under certain experimental conditions, the following can inhibit the enzymes that break down endocannabinoids, interact with cannabinoid receptors, and/or influence the availability of certain phospholipid precursors used to synthesize endocannabinoids (Gertsch et al. 2010):

However, while it’s tempting to claim that these effects on the ECS are directly responsible for the health benefits of these compounds, this conclusion is speculative and premature. In other words, let’s pump the brakes for a minute.

Are There Weight Loss Benefits in Polyphenols?

For example, an initial study reported that the polyphenols trans-resveratrol, curcumin, and epigallocatechin-3-O-gallate (found in varieties of tea leaves) were all able to bind (albeit weakly) to the human CB1 receptor (Seely et al. 2009). These compounds have also displayed substantial weight loss benefits in mice, similar to the effects of the CB1 receptor inverse agonist rimonabant. What does all that mean?

An inverse agonist is an agent that binds to the same receptor as an agonist but activates an opposing pharmacological response. Rimonabant is an inverse agonist for the cannabinoid receptor CB1, and its main effect is to reduce appetite. Just because a natural compound has “binding affinity” to CB1 or CB2 receptors does not necessarily mean that the binding is functionally or biologically relevant.

In other words, given what we know about the weight loss effects the three polyphenols appeared to have in mice, their weak interaction with CB receptors is unlikely to play a direct role. In fact, the binding affinities and downstream signaling appear to be very marginal at best.

What Does It All Mean?

A much more plausible explanation is that these compounds promote changes in insulin sensitivity/signaling, carbohydrate and fat metabolism in the liver and muscle, and even the microbiome (i.e., the organisms that reside in our gastrointestinal tract) that favor weight loss. That said, each of these physiologic mechanisms and pathways tend to overlap or crossover with many observed effects of the ECS (i.e., alterations in whole-body energy/calorie homeostasis, glucose/lipid metabolism, hunger/satiety).

At the end of the day, crossover, duplicitous action, or redundant phenotypic outcomes does not necessarily mean the same biochemical or molecular pathway is being used as the actual mechanism by which a compound “works its belly-bustin’ magic”…but it’s still fun to speculate!

This article is sponsored by CV Sciences, one of the leading suppliers of agricultural hemp derived CBD from seed to finished products.   Please consult Mr. Tomc’s ‘author archive’ for previous articles in this series to learn more about the Endocannabinoid System.