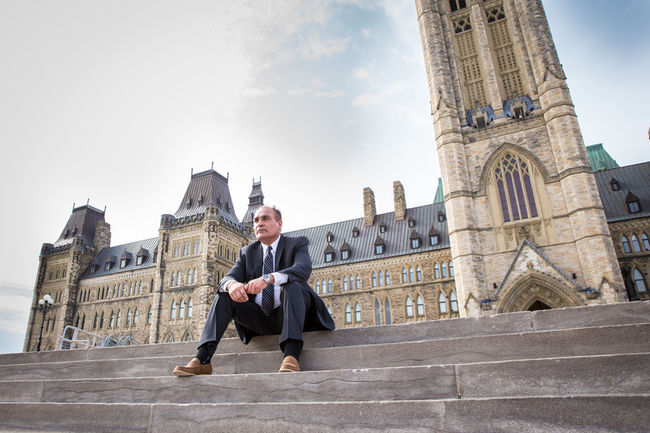 A former Health Canada manager who helped Canadians navigate the sometimes hazy world of medical marijuana access has been appointed CEO of an emerging company that educates patients on its use.

Gulwant Bajwa, 53, has taken on the lead role at National Access Cannabis (NAC), an alternative treatment care centre that first opened in Victoria with new locations slated to open across the country this year. The company will open its first Ottawa location in Hintonburg in June.

During Bajwa’s four years working with Health Canada’s medical marijuana program, he investigated its impact on patients suffering with ailments such as fibromyalgia, arthritis and cancer.

“I heard dozens of powerful accounts from patients who reported that they could finally sleep again — medical cannabis was the only thing that gave them the pain relief they needed,” said Bajwa, who is himself a cancer survivor.

While Bajwa wants the public to understand the benefits of medical marijuana use for certain people, he also wants to emphasize one point: National Access Cannabis is not a dispensary, but rather a health and education centre.

He stresses treatment is not as simple as smoking a joint and feeling symptoms melt away. He says if the cannabis is not accessed through a licensed producer, which guarantees organic product, the user may expose themselves to pesticides that may aggravate rather than relieve certain symptoms. And, like a pharmacy, NAC tracks patient medications to ensure they use the correct dose and strain of cannabis that will complement, rather adversely affect, their treatment program.

“It’s all about informing them about the drug interaction,” says Bajwa. “There are people who are taking beta suppressors, blood pressure medication, and if they use cannabis it does have negative effects. So what NAC is all about is educating people about the use of cannabis so they can use it safely.”

His hope for the future is that more investment will be put into research, development and clinical trials that could potentially see cannabis get its own drug identification number and be dispensed in mainstream pharmacies. He says it will not only improve access to patients and help to further educate physicians, but also remove the stigma associated with the plant.

“People still think (NAC) is a pot shop, or see cannabis as a recreational drug,” says Bajwa. “We want to position this plant into becoming a proper medicinal product.”