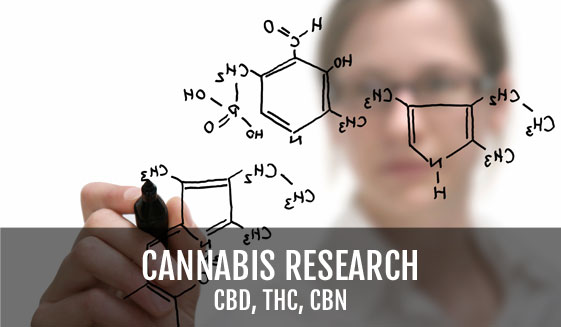 GH Medical Presents A Comprehensive Understanding of the Endocannabinoid System

[headline]The purpose of GH Medical is to collect and provide science-based information about cannabinoids, their biochemical interactions in your body and how cannabinoids could be used to help combat disease.[/headline]

Complex life such as ours requires tight control of factors like energy supply, cell division, brain activity and immunity to maintain our bodies’ structural and functional integrity. Failure to do results in metabolic disorders such as obesity, anorexia or diabetes, cancer or degenerative disease such as Alzheimer’s, excitability disorders such as epilepsy or migraine or autoimmune disease such as multiple sclerosis.

Through eons of co-evolution (cultivation), Cannabis varieties have developed a complement of cannabinoids that are equally, if not more, potent in regulating our most crucial biochemical systems. This offers possibilities to use plant cannabinoids to boost our endocannabinoid system to prevent or combat disease.

Cannabis, and its active ingredients, cannabinoids, have been reported to have therapeutic effects in diseases such as cancer, epilepsy, autism, schizophrenia, depression, Alzheimer’s, Parkinson’s and Crohn’s disease, neuropathic pain, multiple sclerosis, migraine and many other disorders.

We aim to collect the available anecdotal evidence and where possible substantiate this with rigorous, science-based evidence. Hereto we will isolate each individual cannabinoid, test their biochemical and physiological function and most importantly their therapeutic potential, either alone or in combination with other cannabinoids. We will first test which cannabinoid (cocktail) most effectively reduces tumour growth. After that, we aim to tackle other diseases and disorders.

In our ‘White Paper’ we will help you understand:

Our work at GH Medical is comprehensive and thorough.  We have accumulated the world’s largest genetic library of cannabis strains, including several unique landraces not previously described.   This gives us access to the world’s largest variety of unique cannabinoids.  Our aim is to test each one of these cannabinoids, alone and in combination, for their physiological properties and to explore their full therapeutic potential.

We invite your participation in our endeavours.  Please provide us feedback with your suggestions and/or questions and help us fight some of the world’s most debilitating diseases.

Please click on this LINK to access this comprehensive research and to become better acquainted with our mission, our team and our passion to discover the therapeutic benefits of cannabinoids.

At GH Medical, we research cannabinoids, their natural role in the human body and their potential to prevent and cure diseases.

Joost runs the GH Medical website, the Chemical Analysis Facility, the Biomedical Research Laboratory and the Clinical Trials. Dr. Heeroma’s mission is to collect everything there is to know about cannabinoids, explore their role in normal pathology, their prophylactic and therapeutic potential and make this available to patients and the general public.

As a general rule, life depends on a carefully maintained balance between order and chaos. The biological feedback mechanisms that maintain this ‘homeostatic’ balance from the central theme of his research. For his MSc thesis, Joost studied the genetic network that controls cell division and thereby protects the body from degeneration on the one hand and cancer on the other. For his PhD thesis, Joost studied how brain activity regulates itself via feedback control over brain structure (Heeroma et al., 2003, 2004; Verhage et al., 2000). As a postdoctoral researcher, Joost studied how the brain employs feed forward and feedback rules to encode memories and how mutations that disrupt negative feedback on brain activity cause diseases such as epilepsy (Heeroma et al., 2009; Lamsa et al., 2005, 2007). He later employed this principle to develop genetic therapy for epilepsy (Walker et al., 2013; Wykes et al., 2012).

Now Joost studies what is possibly the greatest group of feedback regulators of all: cannabinoids. Cannabinoids take center stage in some of the most critical cellular functions; the control of cell division, control of cellular energy supply, control of immunity/self-recognition and control of neuronal network activity. As such, cannabinoids are perfect candidates to develop therapies for diseases such as cancer, Alzheimer's disease, epilepsy, depression, migraine, chronic pain, multiple sclerosis, arthritis, Crohn's disease, anorexia, obesity and many more.

GH Medical has accumulated the world’s largest genetic library of cannabis strains including several unique landraces not previously described and potentially containing, yet undiscovered, cannabinoids. Joost aims to find these cannabinoids and test them, alone and in combination, for their physiological properties and to explore their full therapeutic potential.