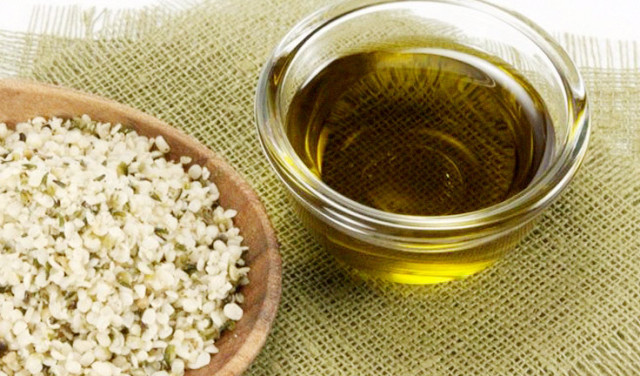 This article has been re-posted from the March – April 2005 Cannabis Health Journal.

Human beings and cannabis have enjoyed a symbiotic relationship stretching back to the dawn of civilization. It has a recorded history of being used as a food source, medicine and raw material for many industries for at least the past 8000 years. However, during the past hundred years of the “modern” era blind forces have driven us into a disconnected relationship with nature and the ability of the earth to sustain our material needs. Prohibition against cannabis was one of the main instruments deceptively conceived in order to break down society’s agricultural and natural foundation and to protect the interests and resource monopolies of major petrochemical companies.

Many cannabis-based industries were prevented from developing and the single most balanced food source for humanity, the cannabis seed, was removed from our food supply. In addition, the pharmaceutical industry refused to utilize the traditional therapeutic properties of cannabis. As a result, millions of people with common and chronic conditions were prevented from gaining access to the safe effective relief cannabis could have provided. As time progressed, the ills and toxicity of exclusively using petrochemicals and pharmaceuticals became more apparent and no alternative was widely recognized or discussed. What’s more, the nutritional deficiencies of the processed diet were being recognized as having detrimental individual and societal health effects with no curative dietary alternative available. Rightfully this situation was not unchallenged and, thanks to the dedicated work of thousands of individuals, the hidden truth about cannabis and its unique ability to ease the harms in each of these situations was not forgotten.

In the bustling metropolis of the Greater Toronto Area lives a large contingent of therapeutic cannabis users who have found the benefits of cannabis outweigh the propaganda, hassle and fear of obtaining it. Whether they had difficulty finding access to cannabis seed or oil, or locating safe effective medical grade cannabis, many had to expose themselves to the dangerous nature of the black market just to access nutritional or medical treatment. This eased somewhat in the late 1990’s with the resurrection of the commercial cultivation of cannabis for food and textiles on Canadian farms, and the monumental Parker decision requiring a constitutional medical exemption. The continued prohibition on cannabis handcuffed the fledgling food and textile industries in red tape and delayed the effective implementation of the Parker decision with confusion. As before, it was the role of the individuals who had benefited first hand from the nutritive and medical benefits of cannabis to enlighten the populace. Unfortunately the Federal Government’s reluctance to forge ahead boldly with this situation has left therapeutic users of cannabis with many gaps in their ability to utilize and access cannabis health products. Through hard work and determination many organizations across the country have strived to fill specific needs within the current framework for cannabis access.

The reintegration of cannabis into people’s daily lifestyles could be the single most important step in moving towards a healthier society. In 2003, during the period of court ordered licensing of compassion clubs by the Hitzig decision, the Hemp Users Medical Access Network (HUMAN) was formed. HUMAN is a new style of Compassion Club, one dedicated to integrating and emphasizing the whole plant approach to cannabis health. It incorporates the incredible nutritional benefits of the seed with the medicinal properties of the flowers. With this fusion a better realization of the full health potential of cannabis can be emphasized and our members can utilize it to work towards optimal health.

Many people familiar with the medical use of cannabis have never been exposed to the nutritional benefits
the nutritional benefits of the same plant and are amazed at the difference that it can make in their overall health. The active ingredients when ingest- ed are vital for a strong immune system, healthy skin, mental stability and general good health. Many members at HUMAN have had success in reducing depression and incidence of illness. The essential fatty acids (Omega 3, 6, 9) found in the seed are the foundation elements to the normal development and functioning of cells throughout the body. We cannot produce EFA’s internally and they are hard to find in the North American diet. Shelled cannabis seeds also have a good balance of protein, good fat and carbohydrates that make them a well-rounded dietary package.

Hemp seed has a high content of the enzyme lipase, which is used for removing plaque buildup from arteries and cell membranes. EFA’s and especially GLA, have been found beneficial in treating various cancers, and studies have shown that phytosterols may offer protection against colon, breast and prostate cancers. Loss of EFA’s has been found in neurodegenerative disorders like Alzheimer’s and Parkinson’s diseases, and it has been suggested that a diet with a proper balance of EFA’s may help delay or reduce the effects of these diseases. Also GLA has been found effective for treating rheumatoid arthritis. The GLA and vitamin D content of hemp seed may make them beneficial in preventing and treating osteoporosis. EFAs have been found capable of reversing scaly skin disorder, inflammation, excessive epidermal water loss, itch, and poor wound healing caused by EFA deficiency, and GLA has been shown to be beneficial for atopic eczema and psoriasis. Hemp seed also contains the direct metabolites of linoleic and alpha-linolenic acid which are gamma linolenic acid (GLA) and steariodonic acid (SDA), respectively. Because of this, it can compliment an impaired EFA metabolism which may result from genetic factors, the intake of other fats, aging and lifestyle patterns.

Hemp seed oil has a sunflower, walnut flavor and may be used straight (1-2 table- spoons per day) or in place of all other vegetable oils; salad dressings, sauces, and low temperature cooking. Hemp seeds and their oil are recognized by the World Health Organization as a natural anti-oxidant, as the only balanced source of Essential Fatty Acids (EFA’s) with a perfect 3:1 ratio of Omega 6 to 3. As well as possessing the complete spectrum of all the essential Amino Acids. In terms of its nutrient content, shelled hemp seed is 34.6% protein, 46.5% fat, and 11.6% carbohydrates.

A note from Cannabis Health

Blaine is the author of this great article, a medical cannabis user and one of the original founding members of HUMAN. In grade four he began to experience intense stress related migraine headaches. Tests were ordered, but the doctors gave him no explanation or treatment. Stress reduction was the only way to prevent the debilitating migraines. At age 14 he developed a non- interest in eating and a slight shake in his hands that the doctors diagnosed as essential tremors. Blaine’s condition persisted for years, making it difficult for him to take on extra projects or challenging work, as the additional stress would bring on another painful episode. It wasn’t until after graduation that he tried cannabis for the first time. He found it alleviated the stress and anxiety he generally felt and it allowed him the opportunity to clearly focus and complete a task without the onset of debilitating pain.

About five years ago, Blaine started using cannabis seed oil as a dietary supplement and he quickly realized the amazing benefits to his mood and energy levels. Like many others, Blaine had to educate not only himself, but his friends and family on the therapeutic properties of cannabis. It took eight years to gain the support of his family, and during the whole process he has not had one recurrent migraine.

Blaine’s story is a true testament to the efficacy of cannabis. We asked Blaine why he decided to become a cannabis activist and this is what he said: “I am so indebted to the healing properties of cannabis for allowing me to live a normal healthy life that I jumped at the opportunity to help bring the healing knowledge of the cannabis plant to others. The experiences at HUMAN have all been rewarding. Following along with people’s ups and downs and sharing in the joys of discovering new ideas and solutions to health challenges are all part of this great work. It has allowed me to witness first-hand the miraculous positive effects cannabis can have in the lives of ordinary Canadians suffering from a wide variety of conditions. For me there has been no greater joy than finding a productive way to help alleviate the harms associated with continued cannabis prohibition, which is the one of the largest threats to human health.”