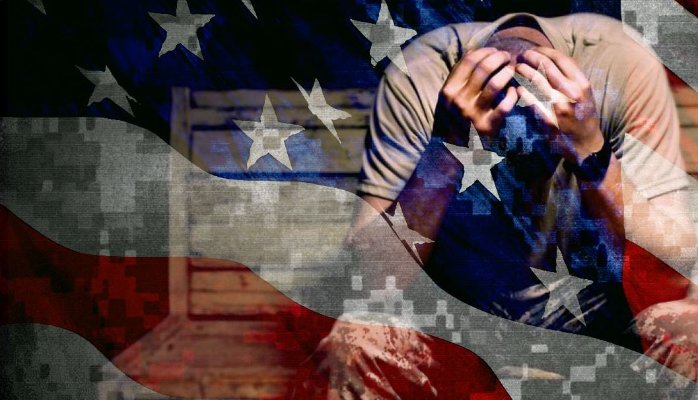 The featured image is courtesy of GrowforVets.org, a cause Cannabis Health supports.

As we pay tribute to the soldiers who gave the ultimate sacrifice for our country, I can’t think of a better way to honor them than by helping those who return from war but continue to battle the demons of post-traumatic stress disorder (PTSD).  PTSD has been called a crisis for the military, one of the leading causes of a reported 22 suicides per day, a number that is likely understated because it excludes states like California and Texas. The military is well aware of the disease, as the Veterans Administration funds the National Center for PTSD, but there is no mention whatsoever of one treatment that has helped many veterans deal with PTSD: Cannabis.

One doesn’t have to look far to find anecdotal evidence that cannabis can help alleviate the symptoms of PTSD, which can be very difficult to treat.  William Martin, who heads the Drug Policy program at Rice University’s Baker Institute, shared several examples in a highly informative piece in Texas Monthly a year ago.  He has interviewed hundreds of veterans as part of his research, and I was fortunate to hear first-hand from some of them at a meeting sponsored by Texas NORML and moderated by Professor Martin in Austin last year.  Leonard Pitts, Jr. recently told the story of Jared Hunter, who won a court battle to avoid a criminal sentence. Not everyone is as fortunate, and many veterans have lost access to V.A. benefits due to their use of cannabis.  In addition to PTSD, a large number of veterans suffer from chronic pain, with symptoms which may be treated more safely with cannabis than with highly addictive opioids.

We need to study medical marijuana to see how it can best help Veterans with PTSD or chronic pain, but the fact that cannabis is a Schedule 1 drug (dangerous but no medical value) , a DEA definition that is ludicrous in my view, stymies these efforts.  Professor Sue Sisley has overcome many obstacles, including finding new sponsors, but her PTSD study continues to be held up by the government, which is the monopoly provider of cannabis used in research.  Critical legislation, HR 667: The Veterans Equal Access Act, has been reintroduced by Representative Earl Blumenauer.  The CARERS Act, a bipartisan bill introduced earlier this year in the Senate and then the House, also addresses the research issue.  The Senate Appropriations Committee recently moved forward legislation with an amendment that would allow VA doctors to discuss medical marijuana with their patients after a similar measure failed narrowly in the House.  The vast majority of Americans favor medical marijuana, and, hopefully, our legislators will not keep standing in the way, especially for our veterans.

I am for full legalization of cannabis, including unrestricted rights for individuals to grow and consume responsibly as well as for regulated commercial production.  Even if you don’t embrace my views, hopefully you will take the time to learn more about how cannabis may help treat PTSD.  Let’s honor those who died serving our country by working to improve the lives of those who return from war still fighting battles.  Please let your Senators and Representative know that you support research of medical marijuana for PTSD and believe that it should be alright for veterans and doctors to discuss it as a treatment option in states that permit medical marijuana.

Alan Brochstein is the founder of 420 Investor (www.marketfy.com/item/420Investor) , one of the best sources of information for investors looking to capitalize on the rapidly changing cannabis industry. Alan, known colloquially as the ‘Cannabis Financial Analyst’, shares his deep understanding of the risks and opportunities among publicly-traded cannabis-related stocks.

Alan launched an innovative new service, New Cannabis Ventures (https://www.newcannabisventures.com), offering curated content on only the most promising cannabis companies and the most influential investors, allowing readers to save time as you stay on top of the latest trends in this dynamic industry.