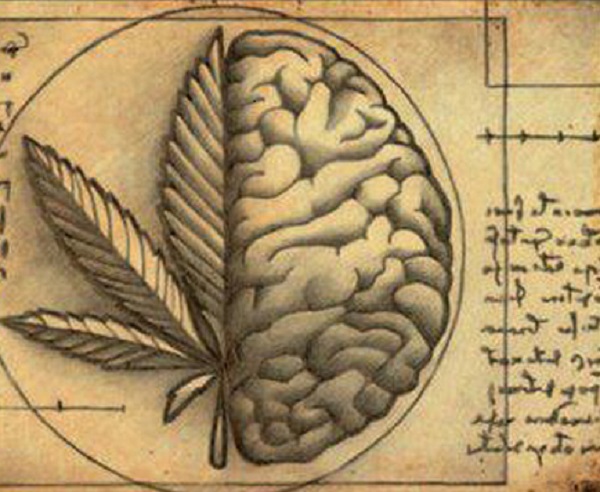 The Body’s Own Cannabinoid System

This article has been re-posted from the May – June 2005 Cannabis Health Journal.
By Dr. Franjo Grotenhermen

D9-THC (THC), the main active compound of the cannabis plant, and many other cannabinoids exert most of their actions through binding to cannabinoid receptors in the body, while the mode of action of other cannabinoids of therapeutic interest, among them cannabidiol (CBD), as well as the carboxy metabolite of THC (11-nor-9-carboxy-D9-THC) and its analogues is less well established.

To date two cannabinoid receptors have been identified, the CB1, and the CB2 receptor. They differ in signaling mechanisms, distribution in organs and tissues, and sensitivity to certain agonists and antagonists.

CB1 receptors are mainly found on nerve cells in the brain, spinal cord and peripheral nervous system, but are also present in certain peripheral organs and tissues, among them endocrine glands, leukocytes, spleen, heart and parts of the reproductive, urinary and gastrointestinal tracts. One of the functions of CB1 receptors is inhibition of neurotransmitter release. The cannabinoid system is one of the most important systems in the brain that inhibits other neurotransmitters. CB1 receptors are highly expressed in the basal ganglia, cerebellum, hippocampus and in certain regions of the spinal cord, reflecting the importance of the cannabinoid system in motor control (basal ganglia, cerebellum), memory processing (hippocampus) and pain modulation (spinal cord). Their concentration in the brainstem is low, which may account for the lack of cannabis-related acute fatalities, e.g. due to depression of respiration. The brainstem connects the brain with the spinal cord and is responsible for the general functions of life. Its structures control the frequency of the heartbeat, blood pressure and respiration.

Affinity to the Cannabinoid Receptor

Tonic Activity of the Endocannabinoid System

Tonic activity of the cannabinoid system has been demonstrated in several conditions. Endocannabinoid levels have been demon- strated to be increased in a pain circuit of the brain (periaqueductal gray) following painful stimuli. Tonic control of spasticity by the endocannabinoid system has been observed in chronic relapsing experimental autoimmune encephalomyelitis (CREAE) in mice, an animal model of multiple sclerosis. An increase of cannabinoid receptors following nerve damage was demonstrated in a rat model of chronic neuropathic pain and in a mouse model of intestinal inflammation. An increase of cannabinoid receptors may increase the potency of cannabinoids used for the treatment of these conditions. Tonic activity has also been demonstrated with regard to appetite control and with regard to vomiting in emetic circuits of the brain.

Antagonists interfere with the physiological functions of endocannabinoids. Several mechanisms have been proposed for the action of antagonists. They may antagonise the effects of endocannabinoids, they may modulate the cannabinoid receptors, changing them from a constitutively active state to an inactive state, or they may act through cannabinoid receptor independent mechanisms. Antagonists are reported to increase motor activity, improve memory, increase pain perception, cause vomiting and several other effects in animals.

Endocannabinoids are important molecules for the extinction of aversive memories. CB receptor antagonists block this ability of the cannabinoid system to help the brain forget stressful experiences, e.g. physical or psychological violence.

Mechanisms of action of cannabinoids are complex, involving activation of and interaction at the cannabinoid receptor, as well as activation of vanilloid receptors, influence of endocannabinoid concentration, antioxidant activity, and metabolic interaction with other compounds. Cannabinoids enhance the effects of endocannabinoids, increase appetite, decrease pain, relax muscles, decrease intraocular pressure, and change our mood. CB receptor antagonists (blockers) are under investigation for the treatment of obesity and nicotine dependence.

Cannabinoid analogues that do not bind to the CB1 receptor are attractive compounds for clinical research. Additional ideas for the separation of the desired therapeutic effects from the psychotropic action comprise the concurrent administration of THC and CBD; the design of CB1 receptor agonists that do not cross the blood brain barrier, so that they do not bind to cannabinoid receptors in the brain; and the development of compounds that influence endocannabinoid levels by inhibition of their membrane transport (transport inhibitors) or hydrolysis (FAAH inhibitors). Such compounds increase the concentration of endocannabinoids, enhancing their action. For example, blockers of anandamide metabolism were able to reduce anxiety in animal tests.

It is remarkable that FAAH inhibitors may already be in clinical use. The non- steroidal anti-inflammatory agent flurbiprofen inhibits the metabolism of FAAH. When administered into the liquid of the spinal cord, it reduces inflammatory pain by increasing the level of endocannabinoids.

Dr. Franjo Grotenhermen is a medical doctor. He is principal of the nova-Institut in Hürth near Cologne, Germany, (www.nova-institut.de) and Executive Director of the International Association
for Cannabis as Medicine (IACM) (www.cannabis-med.org).