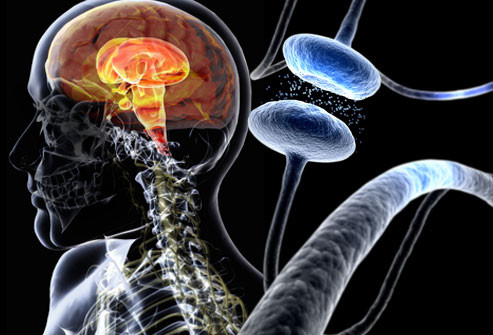 In this second of the two-part feature, Cannabis Health contributor Stuart Tomc leads us in understanding the role Cannabidiol (CBD) plays influencing the Endocannabinoid System, in specific regard to common emotional disorders.

The biological mechanisms that control mood, anxiety, stress, fear, and other emotional behavior have been focused almost exclusively on the role of certain neurotransmitters called monoamines. While monoamines like dopamine, serotonin, and norepinephrine play an important role in controlling mood and anxiety, the vast majority of drug-based therapies that target those “monoaminergic” systems are limited in their efficacy.

More recently, research has begun to highlight other neurochemical systems, including cytokines, peptides, and bioactive lipids. By diving deeper into the science of bioactive lipids, we begin to unearth the potential role of the endocannabinoid system (ECS) in stress and fear responses.

The Endocannabinoid System’s (ECS) Role in the Human Body

Not surprisingly, cannabinoid receptors and the biochemical machinery necessary to synthesize and generate cannabinoids are present within areas of the brain known to control emotional behavior, mood, stress, and fear.  These structures include the prefrontal cortex, amygdala, hippocampus, and periaqueductal gray (PAG) of the midbrain.

What Happens in the Brain When Cannabinoid Receptors Are Activated?

Preclinical studies in mice have clearly shown that activation of cannabinoid receptors within the periaqueductal gray (PAG) region of the mid-brain (the ‘PAG” is the primary control area of the brain for descending pain modulation) via direct injection of anandamide reduces panic and anxiety behavior, or the “fight or flight” phenomenon. Other studies using a similar model in animals have shown decreased fear-avoidant and conditioned responses to pain or punishment.

However, before we jump the gun and feel like we have fear, anxiety, and stress responses all figured out, it’s not as simple as activating receptors through cannabinoid administration. Other animal studies utilizing systemic injections of Δ9-THC (delta-9) (not directly into the PAG of the midbrain) have demonstrated mixed responses, eliciting either anxiogenic (promoting increased levels of anxiety) or anxiolytic (decreasing levels of anxiety).

This bidirectional or paradoxical response appears to be dose-dependent, where lower doses seem to reduce stress, anxiety, and panic, while higher doses may promote increased feelings of stress, panic, and fear. These opposing effects are likely a result of the involvement of other neurotransmitter circuits within the brain that, when inhibited, actually create a hyper-excitable response of stress, anxiety, and fear.

Striking a Balance within the Cannabinoid System

[quote]The totality of the best available scientific evidence points to the importance of balancing the tone of the endocannabinoid system for supporting a healthy stress response. [/quote]To illustrate what neuroscientists currently feel is happening, think of being in a car with the brake pedal and accelerator. When the cannabinoid system is functioning to decrease fear, stress, and panic, the foot is being taken off of the accelerator in the areas of PAG-midbrain centers.

On the other hand, when dosing is too high, or there is an imbalance in the endocannabinoid system, whereby CB1 receptors are being over-activated in lieu of CB2, that’s like taking the foot off the brake pedal, thereby removing inhibition that was normally in place and allowing the engine to rev higher—increased fear, anxiety, and stress from activation of other circuits in the brain that are normally applying the brake.

More recently, other preclinical research has demonstrated the important role of maintaining a healthy endocannabinoid system “tone” for improved stress resilience and reducing the residual post-traumatic anxiety, fear, and panic behaviors in mice that were chronically exposed to stress. Interestingly, the greater the exposure to stress, the greater the magnitude of the response to treatment by improving the ECS and cannabinoid signaling (communication that governs basic cellular activities and coordinates cell actions).

Are Cannabinoid Compounds the “Gatekeepers” to Healthy Stress Levels?

One theory is that anandamide and 2-AG are acting as “gatekeepers” to keep the stress response and high emotional loads at bay and improving recovery to pre-stress levels once the stress burden is reduced to baseline. Moreover, there is evidence from preliminary human studies that disrupting endocannabinoid signaling and regulation has important impacts on the HPA (hypothalamic-pituitary-adrenal) axis by increasing signs of anxiety and depression.

There is an emerging role in the interplay between the immune system and the neuro-endocrine system, such that the field of psychoneuroimmunology has exploded with new basic and preclinical research over the past 5 years. The crosstalk between the immune system, cytokine signaling, and the nervous system influencing behavior, anxiety, and mood has been proposed by numerous preclinical studies. A number of recent studies have demonstrated a role of CB2 receptors classically associated with the immune system in anxiety and depression-related behavior in animal models and human clinical studies.

In this context, it’s interesting to note that a balanced ECS appears to be pivotal to a healthy stress response and mitigating fear, anxiety, and panic that tend to accumulate with dysfunctional responses to stress.

CBD and Anxiety Reduction in Humans

A randomized, double-blind, placebo controlled trial in 15 humans demonstrated that up to 600 mg of CBD (cannabidiol) reduced measured anxiety compared to increased levels with a 10 mg dose of Δ9-THC. CBD appears to activate other receptors outside CB2, including 5HT1A and TRPV1, both of which are involved in the anxiolytic and mitigating panic/fear responses to stress.

[infobox title=’Questions?’]If you have questions about CBD, send them to david@cannabishealth.com or share them via Facebook or Twitter. Our goal is to spread awareness of and education about hemp-derived CBD products, so send us your questions and we’ll address them in future installments![/infobox]