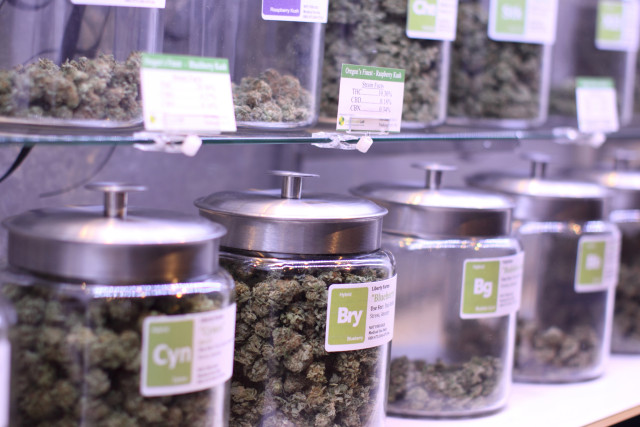 By Frances Bula
This article originally appeared on The Globe and Mail, April 22nd 2015.

Vancouver is about to become the first city in Canada to regulate medical-marijuana dispensaries, setting up strict conditions that will include obtaining a special business licence, paying a $30,000 permit fee and not operating close to a school or community centre.

The changes will likely further entrench Vancouver’s famously relaxed approach to marijuana, legitimizing dispensaries that have flourished in all corners of the city despite the federal government’s insistence that they are illegal.

The number of dispensaries has skyrocketed in the city in the past couple of years from less than a dozen to 80.

“We’ve got more shops than Tim Hortons,” said Kerry Jang, the Vision Vancouver councillor and psychiatry professor who has taken the lead on the contentious issue. “We can’t regulate a product. But we can regulate a business.”

Vancouver is now home to about half of the dispensaries in Canada, say marijuana activists, with the rest scattered across various towns and cities, including half a dozen in Toronto.

For the past year, amid rising public complaints, Dr. Jang had said repeatedly there was little the city could do about the shops because only the federal government could regulate the sale of drugs and the city couldn’t create a business category just for marijuana.

But Wednesday, Dr. Jang said the city, after staff looked for a solution, will now be “creating something called the marijuana-uses business licence.”

He said that stores starting to set up near schools propelled council to take action.

After looking at the way the states of Washington and Colorado, which both legalized marijuana outright, regulated their retail outlets, Vancouver city staff proposed the hefty fee and rules that prohibit dispensaries within 300 metres of schools and community centres, as well as within that distance of another dispensary.

Dr. Jang said he estimated that about two-thirds of the stores would have to close or move. But, he said, the number remaining would be enough to serve the market in the city.

“We will try to make sure the good ones stay,” he said. “We have legitimate medical-marijuana users. There’s no way we want to deny legitimate users.”

And it’s better to have regulated dispensaries than a big underground market, he said.

“For us, it’s like the sex trade. We’ve always taken the approach of keeping it above ground so we can watch it.”

But the city’s planned new law, which will have to go through a public hearing, has marijuana sellers and activists concerned.

Dana Larsen, founder of marijuana activist group Sensible BC, said the sector did need regulation, but he’s concerned that the city created new regulations without a single phone call to local operators.

“Nobody knows more about selling medical marijuana than we do,” said Mr. Larsen, who is also the owner of two shops. One of them, on Hastings Street, is 120 metres from the nearest community centre and will not be allowed under the new bylaw.

However, Vancouver’s move is being welcomed by the city’s business associations, which were so alarmed by the trend that they had a meeting two months ago with city officials and Vancouver police to talk about the need to do something.

“It’s a good first step,” said Claudia Laroye, the executive director of the Marpole Business Improvement Association. Her group has seen three shops open in a single block near the area’s library at the south end of Granville Street.

Mr. Larsen said he coached many people on setting up new dispensaries to serve the growing market. Most of the dispensaries didn’t bother getting a business licence. Since the city wasn’t shutting them down and police weren’t charging them, the numbers soared.

But Ms. Laroye, echoing others, said part of the issue was the Vision council’s tolerance for the businesses.

“That the city is one of the few that has allowed the proliferation is indicative of their feelings.”