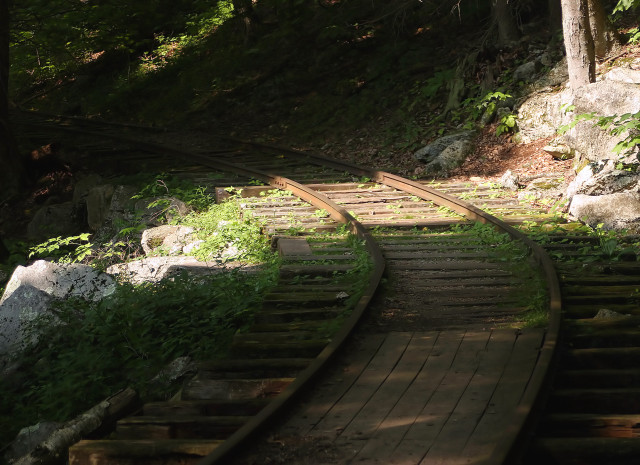 A Day In The Life of Two Medical Cannabis Users

This article has been re-posted from the March – April 2004 Cannabis Health Journal.
By Russell Barth

Christine and I awoke on Friday the 22nd of April with several plans. The first was to find out about our medical marijuana licenses. I called the Office of Cannabis Medical Access at 9:05, to ask about my license application and Christine’s renewal. She already has a license for pot, to treat her epilepsy and post traumatic stress disorder (among other things).

I explained that Christine’s license comes up for renewal on Apr. 30. She sent her papers in months ago, and we got confirmation from the office that they were received, but we don’t know when it is supposed to arrive. I sent mine a while back, and have heard there was some kind of delay. I called on Monday and got no call back as promised. If Christine’s papers are not here before her license expires, we could have some serious legal problems. The lady at the call center was nice as always and politely said that she would put “urgent” on the message.

We ate, Christine medicated, I got into my mechanical wheelchair, and at 11:00, we headed off to our appointments at the physiotherapist, where we have an appointment for a free trial assessment at our clinic.

As is typical with my fibromyalgia, I could not get comfortable enough to really benefit from this, my second physiotherapy session. Lying face down hurt, sitting up hurt, reclining, lying on my back…. I immediately started to sink into a depression. I couldn’t even get comfortable for something that is supposed to help relax me!

I had explained to the therapist before that I have tried yoga (pain), swimming (chlorine headaches), and
walking short distances with my walker (pain). Even when I am lying flat on my back in my bed, I am in pain. Anything above that and the pain is or exercise, puts the pain over the top into the “unmanageable” category.

The therapist recommended two things as options to discuss with my doctor. The first is a hard core opiate, a patch drug called Duragesic, http://www.duragesic.com/. Since I have had numerous problems with either high tolerance, or complete intolerance with prescription drugs, I was less than thrilled with her suggestion.

The other thing she recommended was a TENS unit to zap my muscles into compliance, http://www.tensunit.com/. This small machine stimulates the nervous system with electric pain, so that the nerves do not register regular or acute pain in quite the same way afterwards. I could not help but wonder, “What are the dangers of electrocuting myself with this thing?”

I left the clinic in a foul mood, having been told that I need a special, industrial strength painkiller patch, and a futuristic electrical appliance to manage my pain. This struck me as both frightening and absurd,and added to my OCMA experiences that morning, I was really in a bad mood by this point.

I really hate the idea of using pharmaceutical drugs, and like the idea of being turned into a drugged-out cyborg even less. Terrible, extreme, self-destructive thoughts entered my mind at this point. The specters of past battles with alcohol, codeine, morphine, tranquilizers, and hypnotics reared their ugly heads. My urge was to succumb to these demons.

We tried to cheer ourselves up by going to the bookstore, and then to look at puppies. I broke down in tears many times. We eventually made it back to the bus stop, to head home. Several busses were packed too tightly to accommodate a wheelchair, so I had to wait. I was tired of being in the chair. I needed rest, solace, sanctuary.

We finally got a bus to the train station, and Christine had to run several meters to catch the train, as I zipped along behind her in my chair. We rode for several stops, and Christine patted me on the knee and smiled and called me sweet names to cheer me up.

Just as we left the final station before our stop, Christine went into a Grand Mal seizure, the first since March 11. In hindsight, she hadn’t had meds in hours, was probably a bit hungry, she hadn’t slept much the night before (as usual), was just running 15 minutes ago, and also suffers from social anxiety, so being in the mall and in public in general usually gets her a bit worked up. This shouldn’t have necessarily resulted in a seizure, but we still have no pattern to watch for. Seizures just happen. Spending time with an epileptic is much like hanging around with someone who has a time-bomb strapped to their body…. or an unusually high propensity for being struck by lightning or hit by falling meteors.

Usually she has the big seizures in the morning, or on the toilet, but this one came out of nowhere. A full-on, Purple-Faced Tooth Cracker. Convulsions, power-drooling, the whole show.

So, I am calm as I can be, but our understanding is that any seizure could be the last. Epileptics often die from stroke, heart attacks, aneurisms, or secondary injuries caused by the seizure. Even at young ages. I rose from my wheelchair to try to help keep Christine from bashing her head on the window, and keep her in her seat. “She is having an epileptic seizure. A little help here, people?” I ask to anyone on the train, and a bunch of people began to help out. Calm as a pond, actually. I was very surprised.

Puzzled looks all around. “Marijuana …” I said. “She uses it as medicine and has a license.” Calm, non-judgmental nods of understanding.

I instructed people quickly on what to do when we arrived at the station, in between jostling and jiggling Christine to stimulate her breathing. “C’mon, man … breathe!” I say to her quietly. By this point, about 90 seconds has passed, and still no breathing. Then she started to breathe, tried to stand up, wild- eyed, and flailing about (right on schedule). Then went limp again, and stopped breathing.

We arrived at the station, and two hefty college-aged boys carried Christine’s unconscious body about 40 feet from the train to the platform. She dozed and mumbled and groaned for another 20 minutes. I was really surprised. No one even batted an eye. It was like she had fainted or something. I always expected that people would freak out and start jamming spoons and wallets into her mouth, or stand there and do nothing. But everyone was eerily calm.

The train driver asked me six times if I needed an ambulance, and I had to explain my life story to him to prevent it. Waking up with me in a strange place would be easier for Christine to deal with than waking up in an ambulance or ER. More than one trip to the hospital had confirmed that for me in the past.

It took a while to get home because Christine was in pain from the convulsions, and dazed from the hardware “reboot” in her brain. I held her hand the whole way, a slow walk.

Halfway back, I asked “How you feeling?” “Not bad,” she groaned. “Sore and tired for some reason.” “You had a seizure on the train.” I told her for, the fourth time that hour.

An expression of complete surprise and shock erupted on her face. “I what?!?”

She sat on the grass and smoked another joint while I explained the whole story one more time. She was bewildered and overly- apologetic.

We finally got home and checked the phone messages. The delightful Cheryl Anderson from the OCMA had left a message to the effect that both my and Christine’s licenses will be in our hands before April 30th. That was some good news, perfectly timed on a day when I was thinking of going noose-shopping.

The next phase is supply. A license doesn’t really help a lot with that, even if you have a license to grow. As we are disabled and on a provincial pension, the Ontario government will pay thousands every year in painkillers, tranquilizers, anticonvulsants, and antidepressants for either one of us, but still won’t give us an extra penny for the one and only medication that helps us.

Christine slept for 14 hrs that night, and still felt wrung out like a towel 4 days later. Par for the course.

Fun, huh? Many people think that if you are a medical pot user, and you have a license, all your problems are solved! Tell me how, again, please?