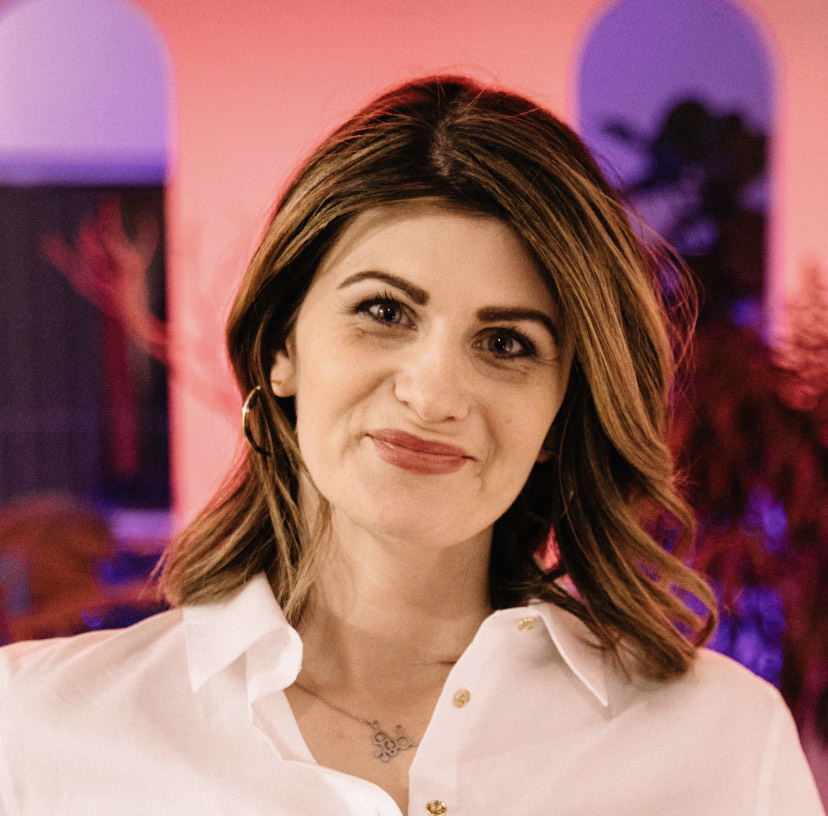 Endometriosis: The Invisible Illness That Some Women Are Treating With Cannabis

It is estimated that seven percent of Canadian women will develop endometriosis during their lifetime, a painful and highly misunderstood condition that, according to a 2020 study takes an average of five years to diagnose. But for a condition that is so prevalent, we know shockingly little about it.

According to the Endometriosis Network of Canada, endometriosis occurs when tissue similar to the lining of the uterus implants abnormally outside of the uterus in the pelvic cavity, forming lesions, cysts, nodules and other growths.

It is known to cause pain, internal scarring, adhesions, infertility, and other complications, and presents uniquely from one patient to the next. Endometriosis can be challenging to diagnose because it doesn’t often present with outward indications. Even once diagnosed, finding suitable treatment can be very difficult.

Winnipeg resident and SheCann founder Ashleigh Brown was diagnosed with endometriosis in 2008, and describes it as “a very painful and debilitating condition” that took her out of the workforce at the age of 26.

“It severely impacted my life, my well-being, and my relationships,” she says. “It is largely misunderstood and people really don’t understand how life altering the pain and symptoms can be.”

Brown spent a lot of time tracking her symptoms so she could make the case to healthcare providers that the symptoms she was experiencing were severe. She also found that monitoring her health so closely validated how much endometriosis had taken away from her life.

“I think it’s a necessary and very painful process because it’s important that we have that information to share with healthcare providers,” she says. “Sometimes as women, we’d rather just cope.”

In 2009, two weeks before Brown was scheduled for a pre-op appointment for a surgery that would alleviate some of the symptoms of her condition, she had her first major tonic-clonic seizure.

Now dealing with two severe health conditions, epilepsy and endometriosis, Brown was not able to seek the next step for treatment for her initial condition, and her life became a matter of putting out fires.

“I had to ask myself, ‘what was the thing that was causing the most disabling of symptoms,’ and that became all of those wonderful things impacting my brain,” she recalls, likening having two disabling conditions to having two full-time jobs.

How Cannabis And Community Changed The Game

In July 2016 after seven years of very little hope, Brown began using medical cannabis to treat her epilepsy, and everything changed.

“It was a time in my life where I really didn’t believe anything would get better; not my pain and not my seizures,” she said. “Medical cannabis was that light at the end of the tunnel that I never thought I would see. It really changed all of my outcomes.” 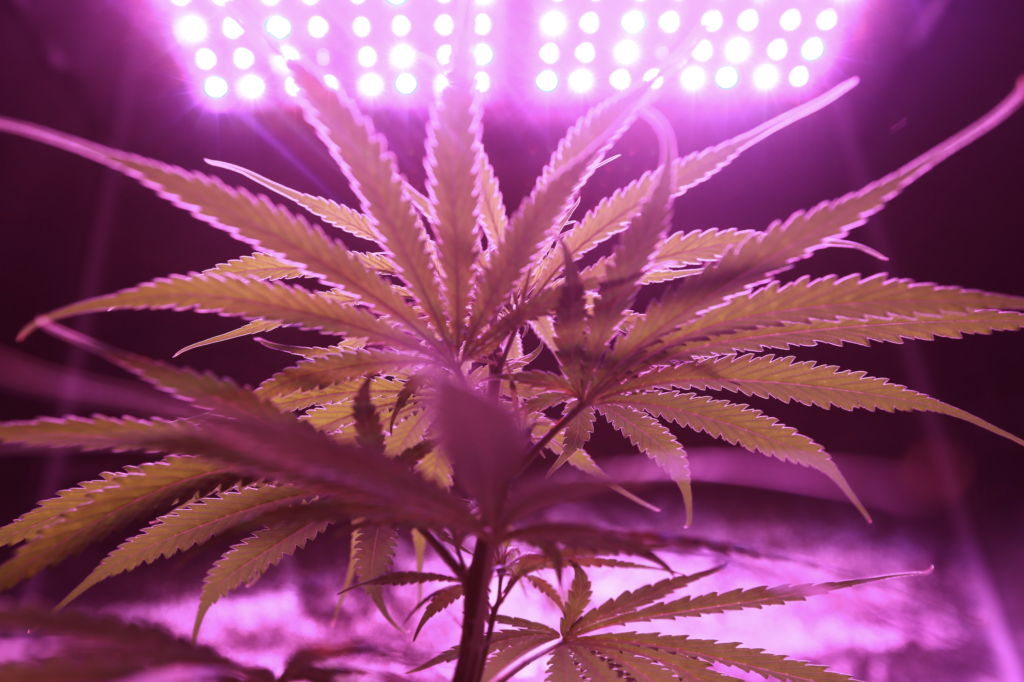 Brown began taking cannabis to treat her epilepsy, but says its effectiveness in treating her endometriosis pain was “an unexpected gift.” She says both conditions, one affecting her brain and the other affecting her body, dramatically impacted her quality of life and the person she was able to be. Cannabis allowed her to return to herself and the things she loved.

“To have a medicine that would impact my quality of life across both brain and body was incredibly empowering,” she says. “I went from having 180 seizures a month and having the neurocognitive functioning of a 70-year-old with senile dementia, to being able to go to the beach with my children, to work, to engage, to learn again.”

The first thing Brown did was learn about medical cannabis. This eventually led to the creation of SheCann, an online community she founded to empower women who are using medical cannabis. It was through this work that she came to an important realization about her own health.

“I started to see that there were women [for whom] endometriosis was the primary condition… and I realized that I no longer had to focus on just one thing,” she says.

Reading about all the different ways women were using it to treat their endometriosis—topically, vaginally, or taking edibles—inspired her to try other consumption methods that she hadn’t considered before.

“That community and the lived experiences of other women with endometriosis were that second guiding light that allowed me to treat the pain and symptoms.”

Empowering Others With Endometriosis

Brown encourages SheCann members and others suffering from endometriosis to follow in her footsteps by keeping track of symptoms and pain in a journal or using an app. She says some people take pictures to keep track of how bloated they become on high pain days.

“All of those things serve to do two things: they validate your experience but they also create this very organic lived account of what you’re going through that you can share with whomever you choose to, including your healthcare providers,” she says. “People need to be able to articulate what is happening long before they are ever in front of a doctor.”

Community, both via SheCann and the Endometriosis Network of Canada, is also a resource that Brown recommends highly to women who might be struggling.

“Community itself provides at minimum, a sense of hope, and I think hope at a bare minimum is a pretty powerful thing, especially when you have an illness that is very gendered and misunderstood and misdiagnosed,” she says.

As members of Shecann have shared their cannabis treatment regimens, some anecdotal information has emerged: one consumption method has proven to be incredibly effective for women suffering from endometriosis pain. The problem? It’s a format that for most, can only be made at home.

“The one that is pretty close to what I would define as ‘miraculous’ is the use of cannabis suppositories,” says Brown. “They are not currently readily available to the majority of Canadians because they do not exist in the legal market.”

Brown says it’s common to see posts in the SheCann group from people who have tried cannabis for endometriosis pain relief, but aren’t finding the degree of relief they’d hoped for.

“That’s when we say, ‘here’s a recipe, here’s where you can get the stuff,’” says Brown, who has developed a set of simple instructions to make homemade cannabis suppositories. “I say, ‘it will take you seven minutes, let’s try it,’ because honestly, it’s a game changer.”

While they’re not currently available in Canada, Brown is working hard to push for the suppositories format to come to market.

“We need to move away from thinking this is something that ‘just a few ladies’ are going to buy, because this is a misunderstood format,” she says, noting that they can be used for pain management inserted rectally as well.

The information garnered through SheCann is anecdotal, however some studies show that there is clinical potential for cannabis as a treatment for endometriosis. Participants in several studies have reported using cannabis as treatment for symptoms with success, while an animal study showed that daily treatment with THC alleviated pain, improved cognition, and inhibited the development of endometrial cysts in mice.

“We recognize that there are specific cannabinoid receptors in smooth muscle, in uterine tissue, in visceral organs that make it very possible for cannabinoids to be effective in these conditions, and therefore there’s good rationale for people to be considering them,” he says.

Ware is the chief medical officer at Canopy Growth, a Canadian licensed producer that has taken interest in the way cannabis is being used for endometriosis. It does not have an active research program dedicated to the condition.

On the format of suppositories, Ware, a pain specialist with a 20-year career in cannabis research, says while there is good data to show that suppositories can be effective, a general wariness towards them could be to blame for their lack of availability.

“Europeans are much more at ease with using suppositories as a drug delivery system, but it’s not really part of the North American drug landscape,” he says. “It is a very effective and interesting method because the drug is absorbed rapidly into the bloodstream and doesn’t go through the liver.”

Suppositories are not something Canopy Growth is formatting, and Ware says isn’t aware of companies that have registered for formal rectal administration methodologies for cannabinoids.

“It’s another one of those stories where you have patients coming in and telling us that this works,” he says. “I think as an industry and as scientists, we have to listen and to take that information forward to try and respond to the patient’s expressed needs.”