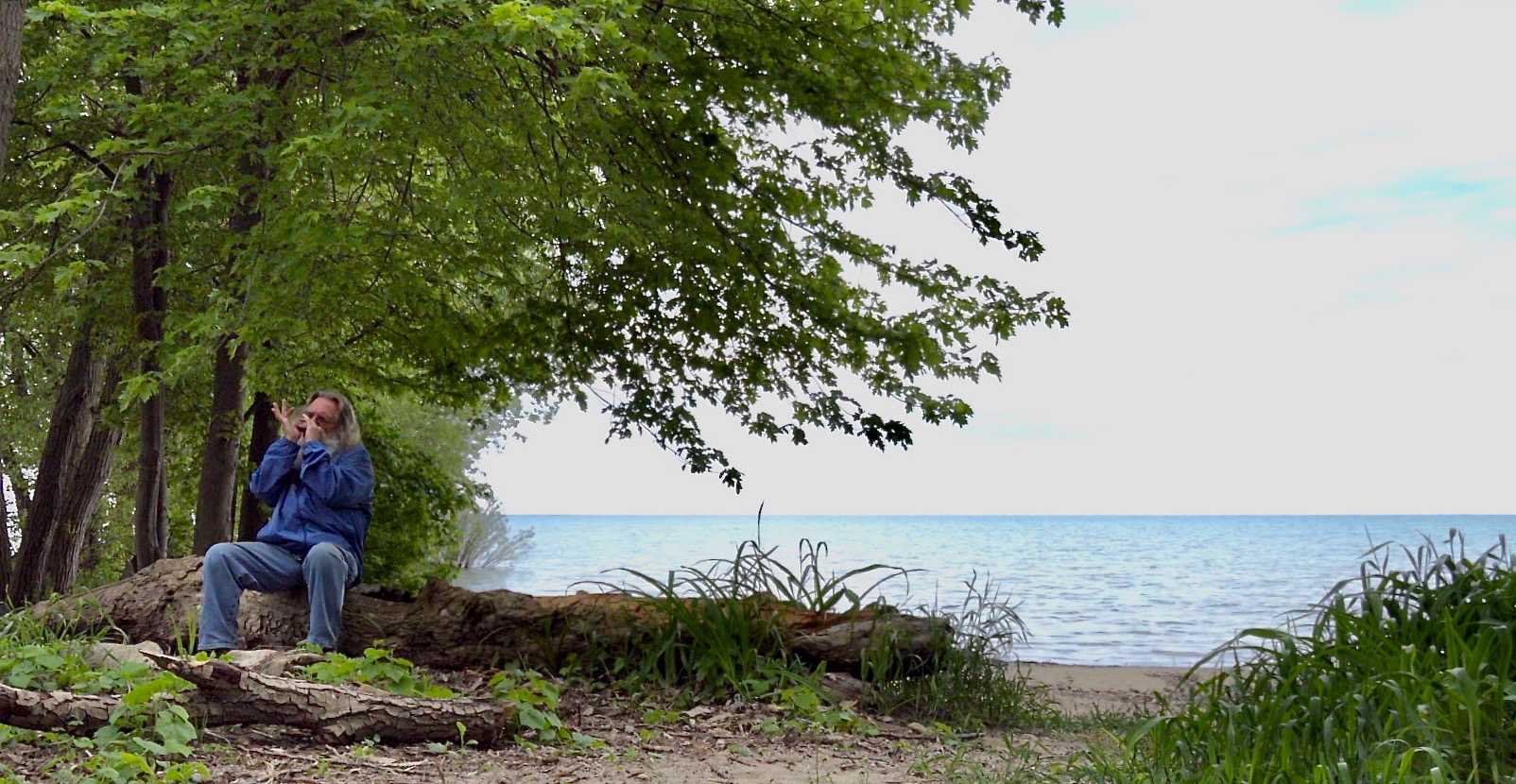 “I’m illegally alive instead of legally dead.” This statement, punctuated with a quick laugh, comes from 68-year-old Jack Kungel in the short documentary Jack’s Garage.

Resembling a shopping mall Santa Clause with his bushy white beard and wide smile, Kungel just explained to viewers how he was able to grow cannabis to distill into oil in order to save himself from bladder cancer and extreme pain stemming from a workplace injury.

Jack Kungel: ‘I’m motivated to do this because we were lied to”

Along with other medical cannabis patients pre-legalization, Kungel was granted the right to grow and use cannabis under Section 262 of the Criminal Code of Canada, which allows Canadians to do anything in their power to save their own life or the life of others. 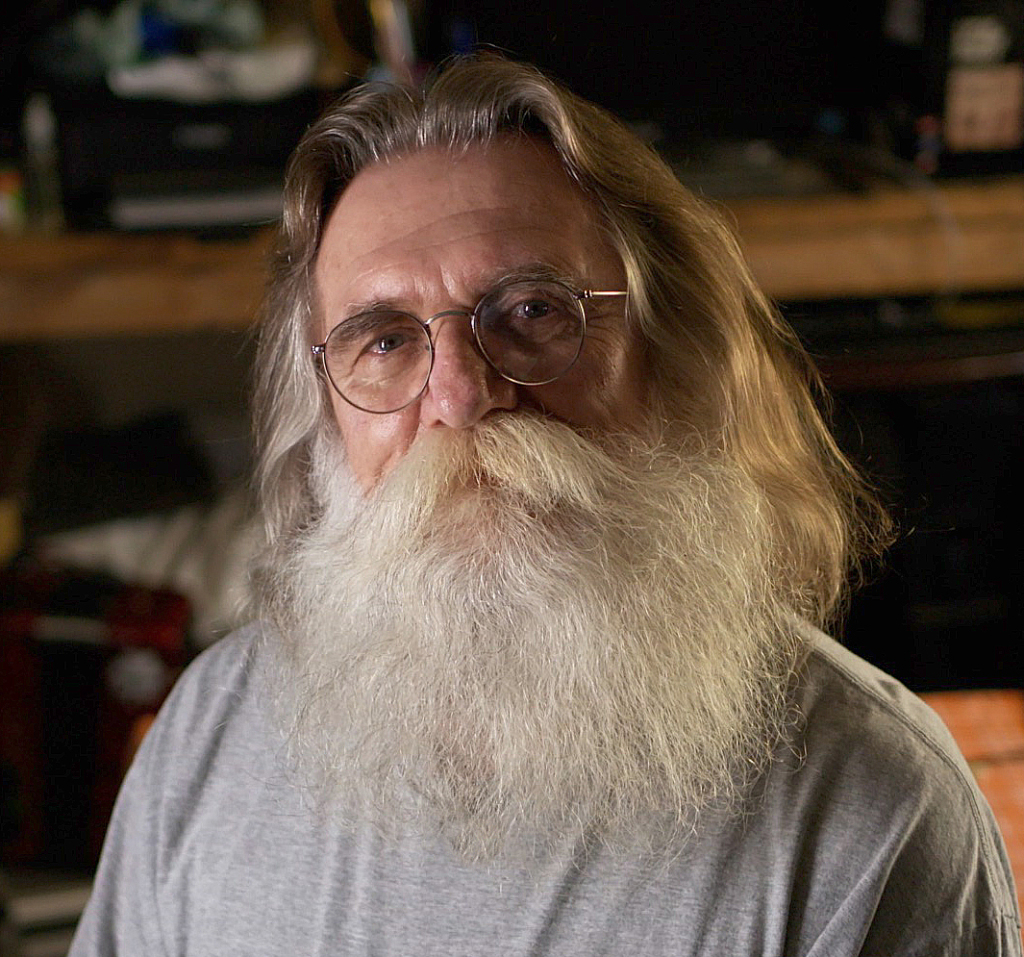 Helping other sick people is at the heart of what Kungel does, besides self-prescribing 40 grams a day (yes, you read that right) in smoothies, oils, meals, joints, vapes and bong hits. What healed him can also heal others, he says in the film.

The documentary gives us a peek into Kungel’s volunteer work as a consultant for sick patients with ailments ranging from cancer to diabetes to multiple sclerosis. Pre-pandemic, they met him in his garage in Kingsville, a sleepy town 40 minutes south of Windsor. Or they would call him from the UK, Australia, Taiwan, Israel. They tearfully asked him to suggest any way to get over their reliance on pharmaceutical drugs, and to live a better quality of life during the most arduous moments they’ve ever experienced.

Helping other sick people is at the heart of what Kungel does, besides self-prescribing 40 grams a day (yes, you read that right) in smoothies, oils, meals, joints, vapes and bong hits. What healed him can also heal others, he says in the film.

“I’m motivated to do this because we were lied to about this plant,” says Kungel in an interview. “I became one pissed-off SOB when I found out we all have an endocannabinoid system, and how cannabis can help that system, and how doctors never told us about the many ways we can heal ourselves with cannabis.” 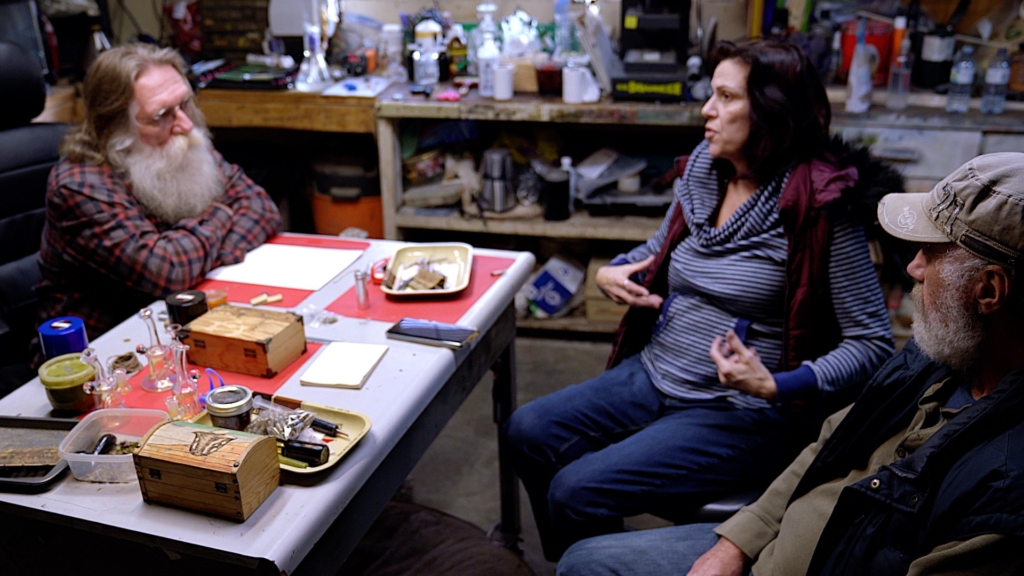 Throughout the 35-mintue doc, Kungel displays his compassion and warmth in sit-downs with patients in various stages of their ailments, saying at one point, “You’ve got a pretty good chance if you cross my path. We have a lot of success stories.”

Jack’s Garage profiles Peggy Kennedy, an Ontario resident who endured a horrific car accident, leaving her with a broken neck, a damaged hip, a ripped ear and smashed teeth. “I was tied to pharmaceuticals… and then I met Jack Kungel,” she says as the next frame shows her giving Jack the biggest of bear hugs.

Prescribed 30 grams a day, Kennedy turns her cannabis into FECO (an acronym for ‘full extract cannabis oil’), an oil that Kungel also regularly uses and suggests to patients, especially those who aren’t interested in smoking the plant. 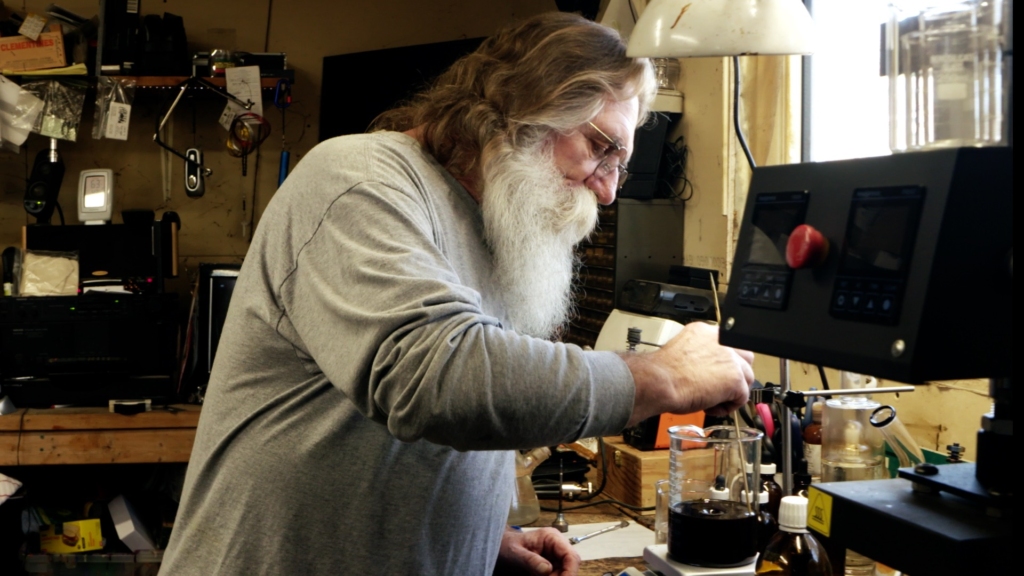 Director Finds Success With Cannabis, Too

What makes Jack’s Garage unique is the man behind the camera. Director Kim Saltarski credits cannabis, along with a healthy diet and exercise, for saving him from Stage 3B melanoma cancer, a condition from which he suffered in 2014. He then heard Rick Simpson’s story of how cannabis oil healed him from skin cancer, and Saltarski began to use cannabis, despite being far from a toker.

“I only used it occasionally before 2014, and I was skeptical too, but then when I got cancer, I educated myself and realized how medical cannabis can be so beneficial,” he says in an interview.

Inspired by his own cannabis-healing story, Saltarski, 60, began to shoot a film about cannabis healers in Meaford, Ontario. Through a friend who knew he was interested in medical cannabis, he learned about Jack Kungel’s work in Kingsville. “I was so captivated by his knowledge of medicine and how he knew so much about cannabis,” Saltarski says. “He seemed like a superstar to me.”

Saltarski admits he has come across “thousands of Jack Kungels out there,” but what makes the Kingsville healer stand out is his open arms. “He is always a positive loving person when he’s constantly working with folks who are coming to him as a Hail Mary, often with only weeks to live. He does it all with grace and humility and he’s willing to give away his regimen without seeking compensation. He’s paying it forward. And that’s what I’m trying to do with Jack’s Garage. Sharing his story can hopefully help others.”

Jack’s Garage is available via Video on Demand on Vimeo or free on YouTube in three parts.