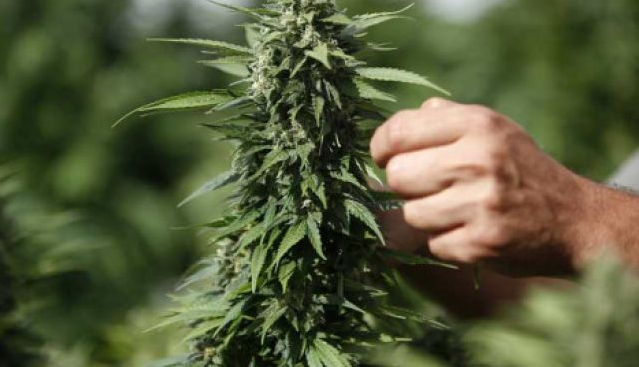 New research shows – with cautious optimism – that cannabis can kill or slow the development of cancer cells.

Medical cannabis is well known to cancer patients. A large number of Israelis receive it as part of their palliative care for dealing with the symptoms of the disease, as cannabis has been found to be effective in relieving chronic pain, nausea and loss of appetite.

Scientists from the Technion-Israel Institute of Technology in Haifa have been researching completely different possibilities for the use of cannabis by cancer patients – as an active treatment against the development of the disease itself. A precedent-setting study examined how dozens of strains of cannabis affect the development and growth of hundreds of types of cancer cells.

This study is one of the first signs of a new approach to the use of cannabis in cancer treatment, which examines whether the plant can help in delaying the development of cancerous growths – or even eliminate them completely.

The preliminary results, which were found in the first few weeks of the research, show that cannabis is quite possibly effective in treating brain and breast cancers.

Dr. David Meiri, an assistant professor in the biology department at the Technion, is leading the cancer research team. Meiri, the head of Technion’s Laboratory of Cancer Biology and Cannabinoid Research who did postdoctoral work at the Ontario Cancer Institute in Toronto, opened his lab in the Technion about a year ago.

Meiri specializes in studying the cytoskeleton of cells, which is a critical component of the processes of division and movement of cancer cells, and of all cells in general. Meiri told Haaretz that he searched for all sorts of materials that affect the structure of the cell in his research in Toronto, and found cannabis. The deeper he went into the field, the more he realized there was a huge vacuum and lack of scientific knowledge about the effects of cannabis.

There are very few studies on cannabis and brain cancer, he noted. Meiri approached this in two ways: Whether cannabis is capable of keeping cancer cells from becoming virulent, and at the same time studying how far cannabis can go in fighting the cancer cells themselves – and possibly destroy them.

The connection between the cannabis plant and the various cancers is an interesting question in its own right, but it also produces an almost unlimited statistical expanse for study. Today, scientists are examining some 50 different varieties of the plant produced in Israel, and studying its effects on some 200 different types of cancer cells.

Another variable has to be taken into account: the way the cannabis is applied, which can significantly affect its effectiveness. Even if we take the most basic separation between the varieties of the plant, we still do not know how the way it is ingested affects the cell, says Meiri. Take, for example, cannabis extract produced using ethanol compared to that produced using carbon dioxide, since there are differences between the cells of various forms of cancer – so the research potential is infinite – and that is what Meiri says attracts him to the subject.

The research project is part of a joint research agreement between the Technion and Cannabics Pharmaceuticals, an emerging American drug company, signed last week. As its name infers, Cannabics is interested in drugs based on cannabis and sells cannabis capsules for cancer patients. Cannabics will provide the various strains of the plants for the research. The company is traded over the counter in the United States.

Cannabics Pharmaceuticals focuses on the development and commercialization of advanced drugs, therapies, food supplements and administration routes based on the wide range of active ingredients found in diverse and unique strains of the Cannabis plant.

The collaborative research project is meant to develop a diagnostic system that screens the anti-cancer properties of cannabis-based active ingredients. This system will be harnessed to explore different types of cancer cells treated with a multitude of cannabinoid combinations.

“There is a large body of scientific data which indicates that cannabinoids specifically inhibit cancer cell growth and promote cancer cell death,” explained Meiri. “In addition to active cannabinoids, cannabis plants also contain a multitude of other therapeutic agents, such as terpenoids and flavonoids that are usually present in small quantities, but can have beneficial therapeutic effects, especially as synergistic compounds to cannabinoids.”

Cannabics’ current flagship product is Cannabics SR an patent-pending medical cannabis capsule designed specifically for cancer patients as a palliative care treatment. Cannabics is now preparing to launch its line of SR products in eligible states of the U.S. and EU markets under existing medical cannabis regulatory pathways, while simultaneously launching a formal clinical study in order to establish the unique medical benefits of its SR capsules.

The company is expected to start another study at the Rambam Medical Center in Haifa soon, which is intended on examining the effect of cannabis capsules on the loss of appetite and weight loss in cancer patients.

“Cannabinoid based anticancer medicine could be a potent therapy without the side effects related to chemotherapy,” said Dr. Eyal Ballan, the chief scientist of Cannabics. Everyone is waiting and hoping for significant results from the research, he said.

A miracle cure or dangerous drug?

The medical discourse over the cannabis plant moves between two extremes: those who view it as a miracle drug and attribute numerous medical qualities – sometimes based only on anecdotal and not scientific evidence – and those who still see it as a dangerous and illegal drug with harmful effects in all cases. Obviously, both sides are exaggerating, but the real question is where the truth falls – and close to which side.

From 1850 through 1937 cannabis – which has over 400 active ingredients – was used as a medicinal herb and was accepted in conventional medicine. Before that it was used in many cultures for thousands of years, such as in Chinese medicine, in which it is used to treat over 100 illnesses.

The change in the attitude toward the use of the plant started in the early 1900s, and culminated in the late 1930s in the United States with its complete legal ban.

Drug companies have also shown very little interest in the plant and ingredients, both because of its status as a controlled substance, but also because it is very hard to patent drugs from a natural plant, and it would be possible only to patent the various new forms of treatment. But things have changed in recent years and some drug companies, as well as scientists, have shown renewed interest in both the drug and treatments based on cannabis.

The whole field of cannabis research is almost virgin territory from a scientific perspective, and there are relatively few experts in it today. Given all the changes in the field, it is doubtful whether an institution like the Technion would have been interested in such research even just a few years ago.

Cautious optimism, not a marijuana missionary

The real question for Meiri is how realistic are all these high expectations for cannabis as a cancer treatment? He would prefer to be asked the question in another year, and not at the initial stages of his research. But he is certainly pleased that the work has started off well.

Meiri and his colleagues have succeeded in causing brain cancer cells to “commit suicide,” or apoptosis, a form of “programmed cell death.” This is something a group of Spanish researchers has seen in the past, and Meiri has been able to reproduce it.

One of the characteristics of cancer cells is their ability to evade the cell’s mechanisms of death, and it seems cannabis somehow succeeds in putting this mechanism back into operation, even if the researchers still do not understand how, says Meiri. They have succeeded in producing similar results in breast cancer cells, and from there he wants to continue on to the other types of cancer.

The preliminary results have given Meiri a reason for cautious optimism, but not much more than that. He certainly has not become a marijuana missionary.

“Many businesspeople deal with and say things about cannabis. It seems some of them are overdoing it. I think it is now the turn of science to put things in order and find out how it helps, who it helps and exactly how it does so,” he says.

Even if it helps with five or six types of cancer, it will be a success, but he doesn’t want to put the cart before the horse, says Meiri.