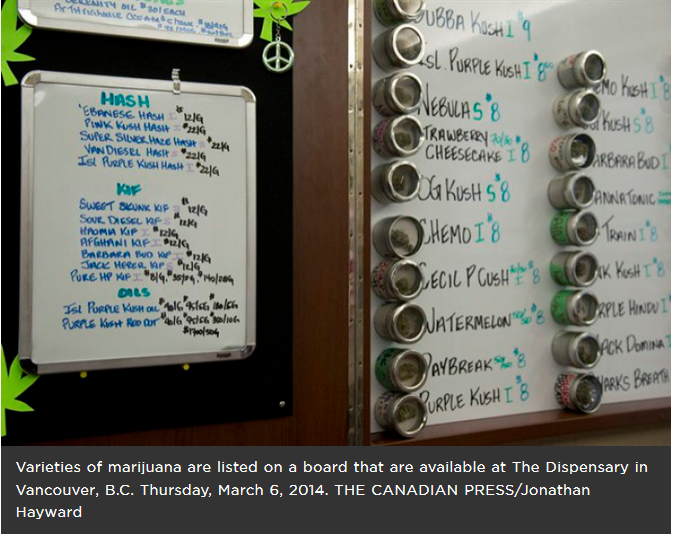 Should Vancouver Medical Marijuana Dispensaries be Zoned as Pharmacies?

This article originally appeared in Global News on February 9th 2014.

VANCOUVER – There are many neighbourhoods in Vancouver where you can’t drive down the street without seeing medical marijuana dispensaries.

There are 60 of them in the city of Vancouver alone. However, under federal laws, dispensaries are illegal.

“We moved to a system whereby medical marijuana, the growing of marijuana for medical purposes, would be taken out of neighbourhoods,” said Parliamentary Secretary Paul Calandra on Global News BC1.

“As you know, we would have closed down, the new regulations would have seen these close down all of these home-grow operations close down as of March 31, 2014, but this injunction of course has stopped that from happening.

WATCH: Calandra on Global News BC1 with Leigh Kjekstad:

Calandra said it is very troubling and medical marijuana dispensaries in neighbourhoods should be shut down. He said municipal governments should be given more control over where these dispensaries are operating and put in an industrial and commercial area.

Vancouver Police say raiding medical marijuana dispensaries is not a priority for them as they want to focus their efforts on violent traffickers.

Calandra said the dispensaries are illegal and should be treated as such.

“We would certainly hope that our provincial and municipal partners would enforce the laws that we have in place,” he said. “The law of the land has not changed, they are still illegal.”

The City of Vancouver is exploring the idea of zoning medical marijuana dispensaries as pharmacies so they can have more control over regulation. Calandra said the regulation changes would give municipalities more say as to where the dispensaries would be allowed to operate.

“I believe we struck a good balance here,” he said. “This isn’t about a decision on whether marijuana should be used for medicinal purposes or not, that’s not what we’re saying.

“Others can decide on that. But what we’re saying is, like other narcotics that are dispensed, it should be done in a controlled way. Canadians have spoken very loud on this; they do not want this in their communities.”

“It is completely unacceptable that we would have grow-ops in neighbourhoods across the street from schools,” Calandra said.

For Dana Larsen, vice-president of the Canadian Association of Medical Cannabis Dispensaries, he thinks the use of the word ‘illegal’ in relation to the dispensaries is not correct.

“I like to say that we’re not legislated,” he said on Global News BC1. “When dispensaries have been raided in the past and gone to court, the court consistently recognizes that we’re helping people, that the federal government’s medical marijuana program is a failure, and they give discharges or suspended sentences, so they’re not willing to treat it like a serious crime because it’s not a serious crime.”

Larsen said the reason more dispensaries are popping up in Vancouver is that more people are seeing the opportunity to help others and make the product available.

He said they support the regulation of the dispensaries and they would like to see some rules in place.

“It would be nice if we had a business licence and if we knew what the rules were, so that we knew what was going over the line,” said Larsen. “Since a few months ago, one dispensary got raided and we were told it was because their food products were packaged to be appealing to children, but if you look at them, they’re just in a sealed bag, they’re not really packaged in a specific way and if we were supposed to put child-proof packing for our edibles, that’s fine. Probably a good idea. But we’d like to have these rules codified and written down.”

Larsen said they want to work with the City of Vancouver to regulate the dispensaries and so far, it’s a good working relationship.

“We’d love to see some regulation and would love to work with the city on that,” he said.

The precise number of medical marijuana dispensaries in Canada is difficult to pin down, but the Canadian Association of Medical Cannabis Dispensaries has been tracking their growth. Here is a tally of dispensaries the association knows about:

Nova Scotia: 0, although a dispensary was operating in Halifax until police raided it last September.

– With a file from Canadian Press