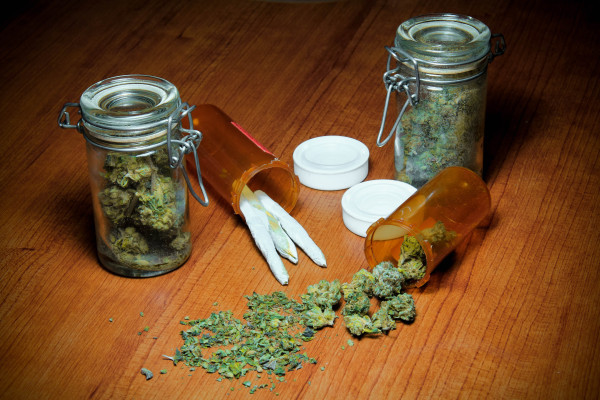 What ailments does medical marijuana help?

As more states legalize cannabis for health treatments, here’s a rundown of the science.

People talk a lot these days about medical marijuana. On the most recent count, 23 states plus Washington, D.C., have enacted laws to legalize medical marijuana and 13 more states have pending legislation.

Cannabis as a health treatment is lauded for illnesses ranging from cancer to migraines, multiple sclerosis to glaucoma. But that doesn’t mean there’s substantial research to back up the health claims.

When the Controlled Substances Act was passed in 1970, cannabis was classified as a schedule 1 controlled substance with “a high potential for abuse; … no currently accepted medical use in treatment in the United States; … [and a] lack of accepted safety for use under medical supervision.”

That makes research more difficult to do because scientists in the U.S. have to get a license from the Drug Enforcement Agency (DEA) and approval from the FDA to use marijuana for medical studies.

Here’s what we know marijuana does to the brain and body, according to WebMD:

About 20 years ago, scientists discovered a system in the brain that responds to 60 chemicals in marijuana, also known as cannabis. It’s called the endocannabinoid system. This system plays a role in many of the body’s functions, such as in the heart, along with the digestive, endocrine, immune, nervous, and reproductive systems. The discovery sparked interest in finding specific chemicals made from marijuana that could be targeted for specific conditions.

The interest and the excitement for research is obviously there. It’s just that clinical trials (the most thorough type of study that compares the drug to a placebo) are difficult to do. Many of those trials have not involved large groups of people.

Here’s a rundown of some of the health conditions for which research trials with marijuana have been held. The information has been compiled with help from marijuana advocacy group NORML, the Center for Medicinal Cannabis Research, ProCon.org and many journal articles.

AIDS/HIV: In a 2007 study published in the journal Neurology, about half of the patients who smoked marijuana three times daily reduced HIV-related peripheral neuropathy (injury to the nerves that cause feeling in hands and feet) by 34 percent. They got twice the relief of patients who smoked placebo cigarettes. Researchers concluded, “Smoked cannabis was well tolerated and effectively relieved chronic neuropathic pain from HIV-associated neuropathy [in a manner] similar to oral drugs used for chronic neuropathic pain.” Another study from Columbia University found that HIV/AIDS patients who smoked cannabis four times daily benefited with appetite, mood and sleep.

Alzheimer’s disease: Several studies have indicated that marijuana may help ease symptoms as well as slow disease progression for people with Alzheimer’s. A study published in Neuroscience in 2005 found that synthetic cannabinoids (compounds found in marijuana) seemed to prevent the neurodegenerative process of the disease. In other studies, the drug helped patients with sleep problems, agitation and appetite issues.

Arthritis: Some research shows marijuana can have somewhat of an effect on treating symptoms from various types of arthritis. A 2011 review in the British Journal of Clinical Pharmacology looked at 18 studies of smoked, oral and synthetic cannabis and found that it was safe and modestly effective in easing neuropathic pain. The review found it also had the potential to help treat rheumatoid arthritis and fibromyalgia pain.

Autism: Researchers at the University of California Irvine believe that natural marijuana-like chemicals in the brain “can help correct behavioral issues related to fragile X syndrome,” autism’s main genetic trigger. They’re researching if medicine made from marijuana can be used to reverse autism’s effects.

Cancer: Some studies in animal and human cells have shown that marijuana may slow tumor growth and have the potential to kill some types of cancer cells. Other studies show it may help make chemotherapy more effective and can help stimulate appetite and offer pain relief.

Chronic pain: Dozens of studies have researched the possible impact of marijuana on disease-related pain with the majority showing an improvement in pain relief over placebos or pain medications. A research review published in 2012 in The Clinical Journal of Pain further concluded, “Overall, based on the existing clinical trials database, cannabinergic pain medicines have been shown to be modestly effective and safe treatments in patients with a variety of chronic pain conditions.”

Diabetes: A 2013 study published in The American Journal of Medicine found that marijuana use was linked to lower levels of fasting insulin and smaller waist circumference. Three earlier studies found that people who use marijuana have a lower diabetes risk, are less likely to be obese, and have lower BMIs.

Epilepsy: Many parents have relied on marijuana to reduce seizure activity in their children who have epilepsy. A few animal studies (and anecdotal reports) have pointed to its success. A clinical trial is now underway at the University of Colorado Anschutz Medical Campus hoping to study the link between medical marijuana and seizure relief.

Gastrointestinal disorders: Several clinical studies have shown that smoking marijuana may help people with digestive illnesses including irritable bowel syndrome, Crohn’s disease and colitis. For some patients, the diseases went into remission. Others experienced relief from symptoms and were able to take fewer medications.

Glaucoma: Studies in the ’70s showed that marijuana can lower the intraocular pressure in the eyes of glaucoma patients. Lowering IOP is the only way to control glaucoma and prevent vision loss. But follow-up research found that the effects were only temporary, which is of little benefit for a condition that needs to be treated around the clock. (The photos at right reveal why: The top photo shows what someone with normal vision sees; below it is the same scene through the eyes of someone who has glaucoma.)

Huntington’s disease: Patients in a small trial who took the cannabis compound cannabidiol got no improved relief of their symptoms over those who took a placebo. However, more recent research using experimental models in rats showed some promise, with researchers saying there was “an urgent need for clinical trials.”

Multiple sclerosis: More than two dozen studies have looked at the connection between marijuana and MS. They have found that medical marijuana may offer relief for symptoms such as pain, fatigue, muscle stiffness and spasms, depression and incontinence.

Tourette’s syndrome: In preliminary small trials, researchers reported an improvement in tics after treatment with THC (the primary psychoactive ingredient in marijuana) compared to a placebo.