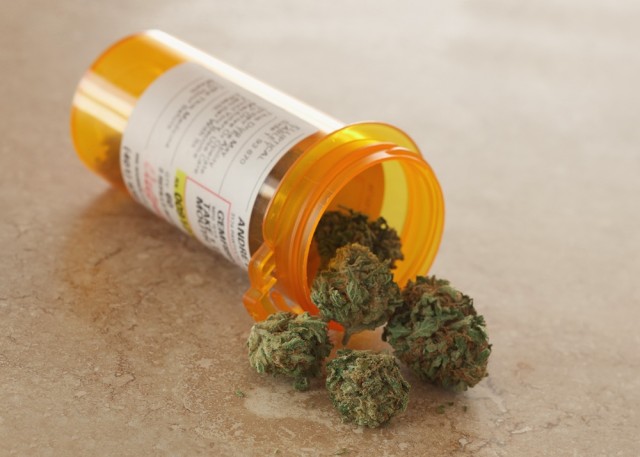 Why does Cannabis affect people differently?

It is common knowledge that Cannabis influences people differently. I often find myself a bit jealous of those who can have just a few tokes and get right loopy. For me, watching this unfold typically brings about the nostalgia of the ‘first time’ experience that cannot often be replicated. Regardless, even avid consumers of Cannabis report drastically different tolerance levels. The underlying differences experienced between individuals have little to do with any sort of acquired tolerance to Cannabis, but instead is more to do with differences in biology that control how an individual responds to a drug.

Often when people are given identical doses of a drug, large differences in pharmacologic responses are experienced. Even in people of similar body type and metabolism, the dose required to elicit a desired response may vary widely from person to person. Numerous carefully designed and executed studies have determined the therapeutic, effective, and toxic blood concentrations for common drugs. Studies have also determined various patient population factors that can influence drug disposition.

Many factors contribute to the variability between the administered dose, blood drug concentrations, the concentrations at the site of activity and the overall effect. Age, genetics environmental factors, diet, other concurrent diseases, and the presence of other drugs are examples of factors that typically contribute to variability between people. While it seems like common sense that we are all different and will inevitably have a different response, the factors listed below all potentially contribute to why people respond differently to Cannabis.

Some people are biological more adept at getting the drug (ie. smoke/vapor) into their lungs and/or subsequently into their bloodstream. The amount of any drug that enters the bloodstream is determined by absorption processes. Physiological factors such as lung capacity, lung volume/surface area, breath duration, heart rate, vascularity, and even pH can influence the biological absorption of a molecules from Cannabis regardless of consumption method. The method of use (smoking vs. eating vs. topical) will obviously directly influence the absorption process as well. For example, metabolic processes involved in food digestion could drastically alter the rate of absorption between two people who ingested Cannabis.

Distribution to Site of Activity

How much of a drug that arrives at the site of action is determined by distribution processes. Distribution process may differ between people for many reasons. These would include some of the factors influencing absorption (eg. Heart rate), but also additional factors such as body mass, body fat index and gender. The amount of cannabinoids that end up at specific sites of action will influence the overall effect experienced by a person. People also consume cannabis for different reasons, especially with respect to medical users. Again the method of consumption will influence both the molecular composition of the drugs within the plant, but also distribution throughout the body. Many are looking to experience the neurological effects – that is the ‘high’ or ‘stone’ associated with THC. The psychoactive effects of cannabis require de-carboxlyation of the THCA molecule via heat/combustion and distribution of the THC from the bloodstream to brain. Those looking for body pain relief are more likely to require the cannabinoids present in the raw plant and either ingest or apply ectopically for relief.

The most widely accepted theory for the activity of THC and other cananbinoids would be classified as a ‘protein-ligand’ interaction involving specific cannabinoid receptors. This has also been termed a ‘lock and key’ style interaction where the drug (key) unlocks the activity of the receptor (lock). Cannabinoid receptors are associated with different parts of the body to various degrees. Different cannabinoids have been shown to activate the receptors to different degrees, resulting in differential downstream effects. THC is also hypothesized to possess non-specific interactions with cellular and organelle membranes, potentially modifying intracellular targets including opioid and benzodiazepine receptors, prostaglandin synthetic pathway, protein and nucleic acid metabolism. Furthermore, cannabinoids have been shown to alter the metabolism of macromolecules, enzyme systems, hormone secretion and neurotransmitters in a dose dependant fashion. Biological difference in the cannabinoid receptors as well as these other important metabolic processes could underlie much of the variability seen between individuals.

How rapidly the drug is removed from the body is determined by the metabolism and elimination processes. The process of effectively processing and removing a drug from the body will influence the activity of that drug. During this process, the concentration of the active component will be reduced to a point where insufficient drug is at the site of action to cause a pharmacologic effect. THC is metabolized in the liver and clearance rates from the bloodstream have been reported to be 11.8± 3 L/hour for women and 14.9 ±3.7 L/hour for men. It is interesting that studies have determined approximately 36 L/hour clearance for in-experienced cannabis users and 60 L/hour for regular cannabis users. Most of the cannabis (80-90%) is excreted within 5 days as hydroxylated and carboxylated metabolites however, THC is extremely soluble in lipids (fats). Small amounts can be stored and even re-absorbed into fat tissues leading to low renal excretion of unchanged drug. This is the reason that cannabis has a long half-life in humans and a person can test positive for cannabis use long after exposure (60+ days).

The endocannabinoid receptor system is a component of the central regulatory system common to all vertebrate animals which affects a wide range of biological processes such as appetite, memory, and sleep. The production of endogenous cannabinoids by our body influences the activity of this signalling cascade. In clinical practice, monitoring of endogenous biochemicals as well as therapeutic drugs is performed by measuring blood drug concentrations, which provides guidance for drug dosage adjustment based on whether the blood concentrations are within or outside of the therapeutic range. The amount of endocannabinoids, such as anadamide, in a person may influence the overall effect felt by a person when taking in cannabinoids produced in marijuana. Chronic marijuana with other drugs of abuse has not been studied in detail. Consumption of some pharmaceuticals is likely to influence endocannabinoid levels. Environmental factors can alter the endocannabinoid system and stimuli such as stress can cause both short and long term adjustment to the endocannabinoid production. For example, those exhibiting symptoms associated with PTSD were found to have lower serum levels of anandamide. Genetic variants in proteins responsible for the production of endogenous cannabinoids can lead to difference in production levels. These could be inherited at birth or caused by mutation of a genes over time. Some of these variants have been shown to have effect on endocannbinoid production and may play a role in diseases such as Crohn’s or colitis. Recent research has shown that Parkinsons disease has been shown to correlate with 2 times the level of anadamide. The effects felt by a person be in part due to combination of endogenous cannabinoids and those taken in through consumption of Cannabis.

Experts believe that the overall function of the endocannabinoid system is to regulate homeostasis. For this system to function properly in regulating diverse processes, there must be both control over endogenous cannabinoids and of the cannabinod receptors. Having more or less of given protein will influence the biological process that protein is involved in. When considering both the CB1 and CB2 receptors, it is apparent that there are drastic variations in the gene expression levels of these two receptors between individuals, resulting and variable amounts of each receptor. For example, there are typically differences cannabinoid receptor expression has between in males and females. Results also demonstrate that the expression of the cannabinoid receptors is dependent on gender and ethnic background, The endocannabinoid system plays a crucial role in dealing with stress in general. Alterations to endocannabinoid system from stress/damage/intoxication etc. or likely more common than we know. Elevated CB1-receptor expression in Anorexic and Bolemic patients adds further evidence to the hypothesis of impaired endocannabinoid signalling in eating disorders. Even repeat cannabis use may alter the gene expression. Some studies have indicated variation in the amount of cannabinoid receptors in chronic users. This may indicate some level of tolerance, though it is atypical from the tolerance established for most drug. There may even be variations in the genetic code of different individuals leading to proteins that are less functional compared to the ‘normal’ gene. Regardless of the cause of the variation in cannabis receptors, peoples response to cannabis will inherently be related to the activity of the cannabinoid receptors.

Understanding the reasons why people respond differently to is crucial for deciphering the real effects of different varieties of Cannabis. In some cases, it would be advantageous for research groups to be categorized based on how Cannabis effects the individual as well as the illness/disease being studied. Taking into account these variables prior to implementing a study will limit the variability caused by outliers from the established group. As cannabis medicine become more mainstream, more and more studies will begin to take place. Taking into account the fact that cannabis effects everyone differently regardless of any ailment is essential, even in a recreational setting.

Dr. Hudson studied Biology at the University of Calgary and University of Lethbridge from 2000 to 2005 where he performed research in both developmental plant biology and epigenetics/carcinogenesis in mammals.

Following completion of his undergraduate degree, he was awarded the NSERC Alexander Graham Bell scholarship to perform graduate studies at the University of Guelph, Ontario. There, he studied crops genetically modified to increase nitrogen use efficiency and yield.

Upon the completion of his PhD in 2010, Dr. Hudson received the MITACS Elevate Industrial Fellowship to continue his study of nutrient utilization in transgenic rice and corn. He subsequently joined a commercial fertilizer company as their Molecular Biologist/Plant Physiologist in spring 2012 where he performed research and development on novel fertilizer products.

Dr. Hudson is now utilizing his expertise in molecular biology and plant physiology to optimize cultivation protocols and identify specific Cannabis varieties for their medicinal values.