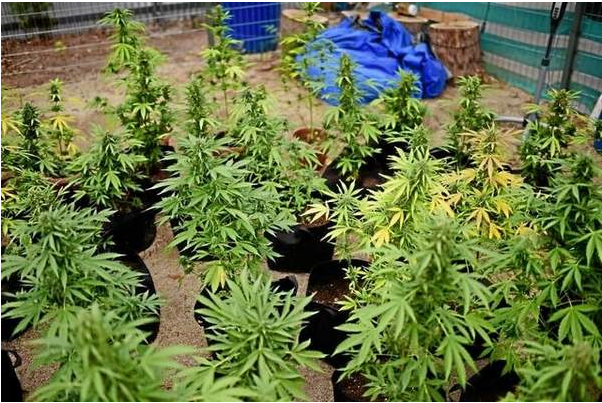 With the blessing of local authorities, the Daya Foundation, a charitable group, began harvesting some 400 plants sown last October under a special permit to extract cannabis oil to be given free of charge to 200 cancer patients as pain treatment.

The plants were sown in a small field measuring about 100 square meters (1,100 square feet) in La Florida, an affluent district of the capital Santiago.

They were taken to a heavily guarded enclosure after the harvest, and will be dried and sent to a laboratory for processing.

The first doses are expected to be sent to doctors in January 2016.

“This is about the dignity of patients who are dying every day in pain and with very expensive medical bills,” said Rodolfo Carter, the mayor of La Florida, at a ceremony marking the harvest.

Cecilia Heyder, a 47-year-old woman with lupus and breast cancer, said she has been arrested several times for using marijuana to ease her pain.

“I’m not a criminal or a drug trafficker. I didn’t ask to get sick,” she told AFP.

She welcomed the project to give patients like her legal access to the drug, which she says spared her from unbearable pain.

“I don’t have to use a wheelchair anymore. It changed my quality of life. I’m not going to get better, but I’m not in pain,” she said.

The harvest came as Chile’s Congress debated a bill that would legalize the cultivation of up to six cannabis plants for private recreational or medicinal use.

Approved Monday by the congressional health committee, the bill would take marijuana off the list of hard drugs in the socially conservative country and make it a soft drug like alcohol.

But it would maintain the ban on using marijuana in public and limit the amount a person can possess to 10 grams.

Currently, Chileans are allowed to consume marijuana in private, but it is illegal to sell or grow the drug.