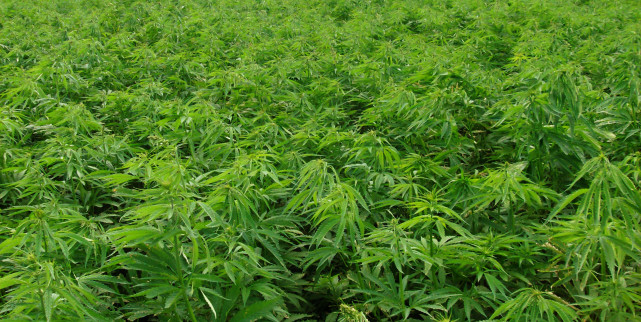 Business Commentary May 7, 2015 by Cannabis Health

This article has been re-posted from the July – August 2005 Cannabis Health Journal.

Planet Earth is not what it was just twenty years ago, as global change has been brought on by the machines of industry and a general lack of respect for the delicate balance of our ecosystem. But there is hope. As one of Nature’s most useful and durable fibers, hemp is an ecological solution for the manufacture of food and paper products, supplements, clothing, and construction materials. While the current legislation in the United States still denies its citizens the right to grow hemp, mounting support in recent years looks to reinstate hemp as our birthright. Right now we have the opportunity in the US to welcome hemp as an industrial solution for a healthy planet.

Hemp has a long history of usefulness. It is only in the last fifty years that misconceptions and prohibitions have been taken against the cultivation of hemp. Misconceptions backed by corporate campaigns to help steer industry toward timber harvest and cotton production, have left an entire country with little alternative. But the truth is that wood processing requires expensive, patented chemical formulas to break-down the pulp into finer fibers for use in paper products, cotton also requires nearly half of all pesticides and herbicides used in the US to optimize cotton yields. These patented formulas command corporate profits in the hundreds of millions of dollars, which makes it easy to understand why a few corporations may have used fear propaganda to obtain hemp prohibition in the US marketplace.

The opposing stance that the US has taken against hemp production has not deterred the progressive position that Canada has opted for in regards to the cultivation of hemp. Canada has wisely come to recognize that just one acre of hemp provides the same amount of pulping material grown in four acres of trees. Additionally, it may take up to
40 years for those four acres of trees to mature while hemp is ready for harvest after one season. Relying on hemp for many of our paper needs would allow for our rich heritage of Native Forests to remain for future generations. But best of all, hemp paper processing mills do not require chlorine or other harsh chemicals that can end up in rivers, streams or the local water supply. With an ever-increasing global population it becomes even more imperative that the US reconcile outdated policy and move forward by choosing sustainable resources like hemp for clothes, paper, building materials and food production.

One aspect of consideration for the modern-day cultivation of hemp is Transitional-Organic farming. Hemp has a natural resistance to infestation and is attractive to beneficial insects. Additionally, hemp is an ideal crop to replenish the soil matrix, due to the nature of its vigorous root stalk. As the world has begun a full-circle pattern back to organic agriculture, hemp is ideally suited for Transitional-Organic farms because the onslaught of harmful insects can be initially overwhelming when previous pesticides and spray applications are with- held. Given an environment to thrive in, beneficial insects can do a far more effective job than any spray program and save our bodies from thousands of toxic chemicals in the foods we eat, water we drink, and ultimately the air we breathe. Ultimately, by implementing hemp production as a substitute for traditional cotton, we can encourage a much healthier environment for people and the planet.

As we consider the environment, hemp is clearly a much more natural alternative to wood or cotton products, but it is also an ideal building material and clothing fiber. One study done by Washington State University, notes that hemp can be used as a particle board, bearing the strength of up to two times that of plywood. Also, traditional cotton production yield requires a two/thirds cup of pesticides per tee-shirt. Hemp requires little to no herbicides and pesticides while the additional strength of hemp fiber gives it a strength and life three to four times that of a cotton tee-shirt. Furthermore, hemp is a fiber that actually softens with wear for an increasingly comfortable garment. Fibers and materials are not the only uses for hemp.

Due to the nature of its high Omega content and Essential Fatty Acids, hempseed oil is also ideally suited for skin problems like dry, scaling, or cracking skin. Hempseed oil has been shown to reduce the visual effects of aging skin and to be a natural broad spectrum UV skin protector. Hempseed oil is also an excellent carrier agent for therapeutic herbal extracts in hemp-based body care products, because it is readily absorbed by the skin.

Vancouver, BC based Serf To Surf Products has even been successful extreme skin care cases of eczema and psoriasis, as hempseed oil is rapidly becoming the key ingredient for the best natural skin care products in the world.

Hemp agriculture for food production can also provide numerous nutritional and health benefits. Hempseed oil is rich in Omega-3 and Omega-6, with an Omega composition ideally balanced for the human body. Hempseed is over forty percent fat and thirty percent protein, while hemp fiber is also high in protein content making it an ideal protein supplement for vegetarian and vegan lifestyles that often rely heavily on soy-based products. Also due to the high Omega-3 content that is rarely found in the plant kingdom, hempseed serves as a viable option to fish oils that have recently shown high concentrations of environmental toxins. By choosing more plants from which to derive our fat content, we can much more readily accommodate the population demands for a food source of proteins and essential fatty acids.

A great example for meeting the demands of an increasing global population is in food production. Just two acres of land for live-stock can feed 5 cattle and a mere 15 people for one year. That same two acres used for plant production can provide nearly 200 vegetarians with a full spectrum of vitamins and minerals from plants, including the essential fatty acids found in hempseed oil. As world reports indicate, global grain storage could reach an all-time low this year due to increasing global temperature and lowering water tables. Thankfully, hemp has a deep root stalk which allows it to access deeper nutrient sources and moisture while being capable of inhabiting a diverse range of climates. Hemp could soon be a welcome addition to grain for combating world hunger.

If plant-derived sources for fat and protein become more main-stream in the world diet, hundreds of thousands of acres in the Amazon Basin could be preserved. In the time it takes to read this article 270 acres of rainforest will be lost at the rate of 1.5 acres per second and fifty thousand species per year. The majority of this acreage is slashed and burned for expanding pasture that provides cheap beef to the American Fast Food Industry.

Toxic waste from pasture runoff is also highly detrimental to rainforests and the inhabitants of our fresh waterways such as wild fowl, freshwater fish, and spawning salmon. According to the Environmental Protection Agency, livestock waste has polluted nearly 35,000 miles of rivers in 22 states.

Ultimately this waste combines with agricultural pesticides and eventually feeds into our shorelines changing the PH of the coastal water. This slight change in PH is acidic enough to have begun eroding our coral reefs. Several leading scientists predict that many of the world’s reefs may be lost by 2030 if we don’t protect them now. The Amazon Rainforest alone is responsible for eighty-five percent of the world’s fresh water supply and home to the highest diversity of plants available for medicinal use. The preservation of rainforest, along with fresh water supply and biodiversity, makes for a cleaner and healthier planet for all of us. Promoting protein and essential fatty acids of plant origin is one clear way to help save the Amazon Rainforest, and hemp is highly suitable for that very purpose.

It is interesting to note that the THC content of industrial hemp is a negligible .03% and the US has already approved the use of hemp in everything from skin care products to the foods we eat. As citizens we already have the right to import these products from other countries but it is illegal to grow. The shipping cost of importing hemp only serves to drive up the price of hemp goods for US consumers and gives foreign markets an unfair advantage. If it is perfectly legal to buy, sell, and use hemp products, then there is no reason US farmers should be denied the freedom to grow as well. Industrial hemp could provide a viable source of income for many struggling farmers in the US, especially given the many uses to which hemp production can be applied.

The economic implications for a hemp industry in the US speak for themselves. Already Europe and Canada have realized substantial economic opportunity with hemp as well as over 30 other industrialized nations throughout the world. Legislation has been introduced in several states including the recent addition of California and trials underway in Hawaii. Every effort we make to advance awareness and commercial applications for hemp is a step in the right direction.

In a capitalist society, money is power. If we ever want to see hemp production as a reality for the US economy, we need to view hemp as a viable alternative in the goods we already purchase. The best way to vote hemp is to align your money with eco-friendly businesses that have a mind for the planet while considering the true cost extolled on the planet over the price tag on the shelf. From the supermarket to your investment portfolio, every eco-conscious decision we make is amplified by the power of US.