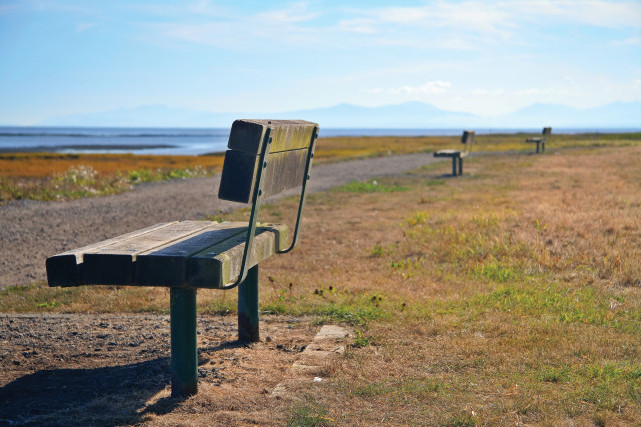 Oct 1st, 1985 was the day my life as I know it was turned upside down. I was working as an oil field worker and came into contact with 14,400 Volts of electricity. The accident cost me my right arm below the elbow and the right leg below the knee.

While hospitalized I went from a 200 lb rock to 123 lb of wilted flesh, so bad as to have my doctor worried that I was about to die the second time in so many months. I was prescribed beer and peanuts because that was my favourite thing in the world to have that was calorie-laden. The big problem was, I had little appetite for anything. A true friend came to the rescue with a little stash of pot and a pipe, because my ability to roll was not forthcoming.

It was as if someone waved a magic wand and the nurses were kept busy getting me beer and peanuts. Shortly after that I was strong enough for my doctors to perform the double amputation to save my life. I was released from hospital on Dec10th in ‘85, still in bandages and incredible pain. My friend, who had helped me in the past, was no longer available, so I was unfortunately left to my own devices.

Well, it was a long time of using and abusing prescription drugs mixed with alcohol with little or no effect for my next big problem,“PHANTOM PAIN”! What became painfully obvious in hindsight was that if I couldn’t kill the pain, I was going to to kill myself one pill and one drink at a time!

So I went searching for answers again and I realized that when push came to shove, one thing helped before when all else failed. It hadn’t dawned on me to try marijuana for my pain! I went in search of my elusive saviour and quickly found out that instead of quelling the pains that become a routine part of my life, I could completely avoid them by regular doses of about 4- 5 grams of marijuana a day! This was unbelievable good luck but a curse at the same time. The street prices of the drug where beyond the reach of my budget.

I then bought books from High Times Magazine that detailed how I could easily grow my own medicine. My life turned from desperate seeker to becoming self- sufficient producer! My life became manageable again to the point of learning how to downhill ski and riding horses. The downside was I was a true bona fide criminal and this wore on my marriage to the point of no return. In March of ‘93 my wife and I divorced. Even though I was the person that was at home raising our children, I lost them because she was able to blackmail me and tell the courts this man is a user of illegal drugs. What next, I thought? I went about rebuilding my life once again and it did include me producing my own medicine. I’ve been quite successful in my do-over. I bought an acreage and started breeding Golden Retrievers! A hobby became a business and the next thing I know I’m shipping Goldens all over Canada and the USA. I was really starting to hit my stride when my 13 year old son came to live with me full time. Yes, you guessed it, because of the prospect of being lead out of my house in handcuffs I pulled the plug on my personal growing room. What should be my biggest triumph has thrown me back into a world of pain because as a dad I don’t want my son to have to go through the emotional torment of seeing dad thrown in jail and him returned to his mother.

I then went to see my regular family doctor to get access to a legal source. I was referred to a shrink for my phantom pains! I then went to another doctor and while he was sympathetic to my plight, he was unable to help under the new statutes called for by our government. It turns out I need two specialists to agree that this is my best option for pain relief. Turns out that besides there being no doctors who specialize in the field of medicine relating to phantom pain, the doctors who do specialize in the field of pain are unwilling to prescribe marijuana under advice of the Saskatchewan Medical Association, saying that there is yet to be credible evidence of marijuana’s effectiveness. They do concede that, although there is overwhelming ‘anecdotal’ evidence of its effectiveness, there is yet to be any medical evidence! Does anyone smell the pharmaceutical companies that send these doctors on vacation junkets to distant places involvement in our medical communities decisions to make an effective herb unavailable? Well, I have found that through all of my struggles there is one thing that separates us from the rest: “It is not how far you fall, it is really how well you bounce that counts!” With that in mind, my brothers and sisters, though it sounds as ridiculously impossible as me feeling limbs long gone, I do feel your pain and frustration of not knowing where to find the strength to fight the good fight.

Maybe the answers are the same as putting a double amputee at the top of a mountain and telling them to get down themselves. One precious foot at a time and Alan Shepherd’s prayer,“Oh God, don’t let me screw up!”