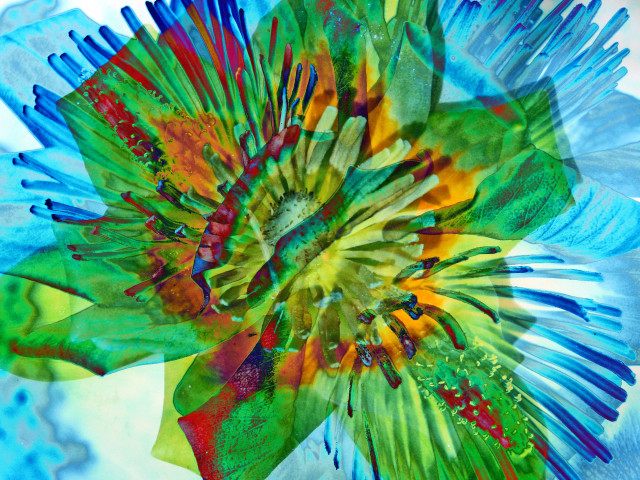 The Prison of Pain

I was in my early 20’s when the constraints of physical pain became a regular part of my day and it was medical marijuana use that has led me to a life of freedom. Let me explain…

In ’92 I was badly injured by a car that collided with my bicycle. I spent several weeks on the floor of our rental home and another 8 weeks on crutches. After 6 months of therapy, I was able to get back to work. To this day, it is unwise to do activities that could twist the knee or put too much pressure on it. Weather changes and overexertion affect my elbow and knee, causing aches and loud snapping noises.

Five years later, I was involved in a 3- vehicle accident in which all parties were injured. I had such a severe case of whiplash that my left arm was numb for months and my lower back throbbed painfully. I had chronic and acute pain from headaches, muscle spasms and sleep-deprived nights. After a year of full- time physiotherapy, massage therapy and counseling for depression and anxiety attacks, I was only able to do a few hours of my previous work load a day.

For the pain, I was prescribed Tylenol 3’s, which made me vomit, have constipation and feel dope-sick the next day, yet I had to take up to 2 of these a day (1/2 at a time) for years. When I could, I chose nonprescription painkillers (i.e. Advil, etc) which I took like candy for 5 years. I was also prescribed muscle relaxants that resulted in exhaustion that day and dope sickness the next. For chronic depression I was prescribed Paxil, an addictive antidepressant, which made me feel so disconnected and displaced that I quit taking it. When my doctor urged me to try again, but to take only 1/2 a pill, I did try one more time, and hated its effects enough to stop using this drug. For the anxiety attacks, I have been taking Lorazepam. Aside from the immediate side effects of prescription drugs, is a long-term one to be wary of as well – the body can become so addicted to medication it can actually create ‘false’ pain!

Lifestyle changes were the first challenges I had to face if there was to be any hope of getting off prescription drugs. I learned the art of pain management and movement modification. Massage therapy and exercise are vital components for my pain management. Dietary changes included decreasing caffeine intake, drinking more water and taking natural supplements such as: herbal teas, glucosamine and MSM. But despite these measures and so many years passing, I still suffer enough pain and discomfort to require me to stay at home, or else suffer every day.

Incorporating the use of medical marijuana, I noticed a huge decline in the medication I was taking. This last year, for instance, my prescriptions actually expired before being completely used up! My headaches are not so severe and I can carry on duties throughout the day when I take regular breaks.

It is very easy to become consumed by thoughts of despair and loss. My physical future is not clear and I am utterly dependent on my husband.However, I have noticed that certain varieties of marijuana, such as Bubble Gum and Shady Lady, tend to alleviate depression. Marijuana takes the mind to other places. I do not dwell on thoughts, but pass through them, and am able to smile and carry on with a lifted heart. On the negative side, however, I find marijuana isn’t conducive to shopping, appointments or driving as my anxiety is actually heightened.

According to a recent article in the local paper, marijuana is said to cause apathy. It is my opinion that certain strains actually stimulate creativity. My favorite variety of all time, is Shady Lady, an old strain from Nepal, for this reason.

Smoking anything is damaging to the lungs, so to reduce these effects I have incorporated other methods to take marijuana. My first goal became to eliminate using papers, which often contain chemical residues. Instead, I use a little wooden box that has a brass pipe to grind in the chopped bud. These little ‘boxes’ are discreet and are much easier to manage than joints, especially when only a few puffs are needed. When burning joints, one can almost see the dollars go up in the unused smoke between puffs. These boxes & pipes reduce wasted smoke. For muscle spasm and sleepless nights there is no medication better than marijuana brownies for me. I sleep well and wake up alert, rather than drowsy and disoriented from medication. Keif, which I prefer to smoke in a pipe, is especially useful for day spasms, headaches and depression because it causes less sleepiness.

However, with only one income in our family, using marijuana regularly can become quite a financial sacrifice. I am not a criminal nor am I comfortable dealing with criminal elements, or paying high street prices. But until growing marijuana for one’s own use is legalized, people like me are forced either into undesirable circles or taking the risk of growing this illegal her ourselves. Neither option is conducive to the peaceful life that victims of chronic pain, depression or illness have the right to enjoy.

Choosing medical marijuana as an alternative to prescription drugs has given me freedom from my sentence of pain, sleepless nights, depression and the consequences of heavy medication.